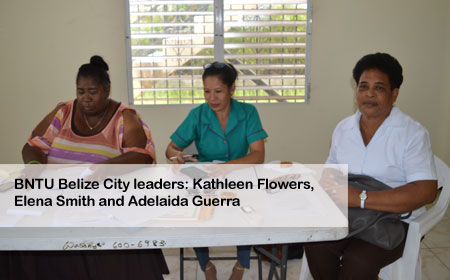 BELIZE CITY, Thurs. Sept. 8, 2016–Teachers from across the country are considering what action they will take in addressing burning national issues, such as the call for an inquiry into the recently unveiled Immigration audits, following polls taken across the 10 branches of the Belize National Teachers’ Union (BNTU), which met on short notice today, in defiance of objections raised by the Ministry of Education and the Belize Association of General Managers of Pre and Primary Schools.

Militant union leaders are now slated to meet this Saturday, September 10, symbolically, on the day commemorating the battle which changed the fate of Belize, to discuss what, if any, industrial action should be taken.

Some teachers were polled on whether they would actively participate if industrial action—such as a sickout, go-slow, work-to-rule, picketing, demonstration or strike—becomes necessary.

Amandala was advised that BNTU national president, Luke Palacio, has been designated as the union’s spokesperson, and he is planning on doing the media rounds next week to formally unveil the decision of the BNTU, coming out of their weekend meeting.

In a joint press release today, the Ministry and school managers took issue with the short notice given by the BNTU for this afternoon’s meeting, which was convened at 1:30 p.m. – which meant that classes had to be cut short or in some cases, suspended for the day. 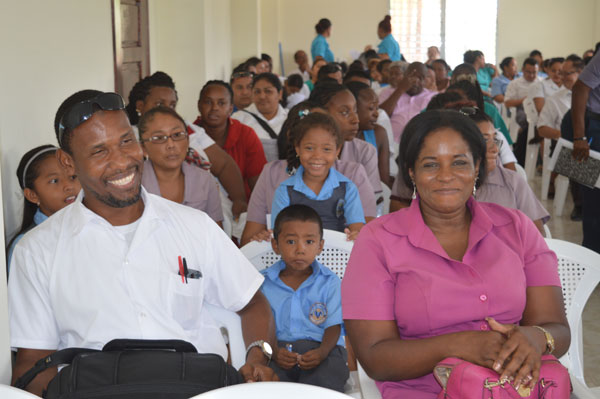 They claim that the BNTU’s decision shows “a total disregard for children and their parents affected as a result, specifically through the loss of instructional time, right at the start of the school year…”

Notably, September is traditionally marked with substantial down-time for children, with the range of patriotic September celebrations events, including the annual children’s rally, which likewise require the suspension of classes.

But the teachers do argue that what they are mobilizing to do is also patriotic—as apart from meeting to discuss their overdue salary adjustments, which Prime Minister Dean Barrow has asked them to defer until the next financial year due to the losses sustained from Hurricane Earl, they also put some leading national issues on the table: key among them being the recently disclosed Immigration audit, which points to a transnational network which operated out of Belize for at least two years to provide non-Belizeans from across the world with illegal Belizean visas, nationality and passports.

The Belize National Teachers’ Union seconded the motion recently tabled in the Senate by the Opposition People’s United Party for an inquiry by a Senate Special Select Committee, and they are prepared to leverage their connections with churches, which form a church-state education partnership, to support the idea, which the Opposition says it plans to table a second time.

The teachers and the churches are on the same side, though, when it comes to the August decision by Chief Justice Kenneth Benjamin to strike down Belize’s sodomy laws by reading down a section of Belize’s Criminal Code which criminalizes “unnatural” sexual relations between humans and between humans and animals. This was also discussed by teachers today. 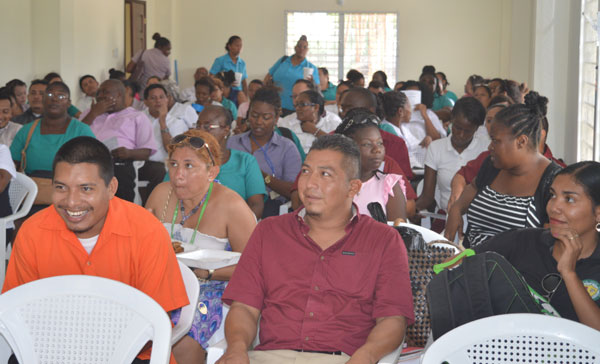 The Chief Justice declared the provision of Belize’s Criminal Code to be unconstitutional and inapplicable to consenting adults acting privately. The churches want the Government to appeal the decision, and while the Barrow administration has publicly declared its intent not to appeal the decriminalization of sodomy, the Prime Minister may be considering a concession to the churches to clarify the Chief Justice’s interpretation of “sex” in the section of Belize’s Constitution, which provides safeguards against discrimination, which the judge has declared to include one’s “sexual orientation,” based on Belize’s international treaty commitments. The parties are meeting again on Friday to further discuss the matter.

In BNTU meetings today, some teachers also raised issues such as “corruption in government” and the murder and beheading of Pastor Llewellyn Lucas, a former trade union activist, in July for which a group of men, including a man who came to be known in Belize as William Mason, are remanded. The Mason case two months ago provided perhaps a glimpse of what was recently unveiled in the Immigration audits, published by Auditor General Dorothy Bradley. Mason, who is said to be a Guyanese/Canadian who previously was known as Rajesh Ouelette, somehow got a birth certificate saying that he was born to parents in Crooked Tree, Belize District.

Lucas, who ran independently in the 2015 elections under the banner of the Belize Green Independent Party, was widely known in Belizean circles. Mason was also widely known, and he was said to be good friends with ranking politicians of the Barrow administration, as well as police officers.

Back in August, the National Trade Union Congress of Belize (NTUCB), of which BNTU is a member, joined the call for an international investigation into Lucas’ murder—a call which the Barrow administration has rejected on the claim that the suspects have been charged and remanded.