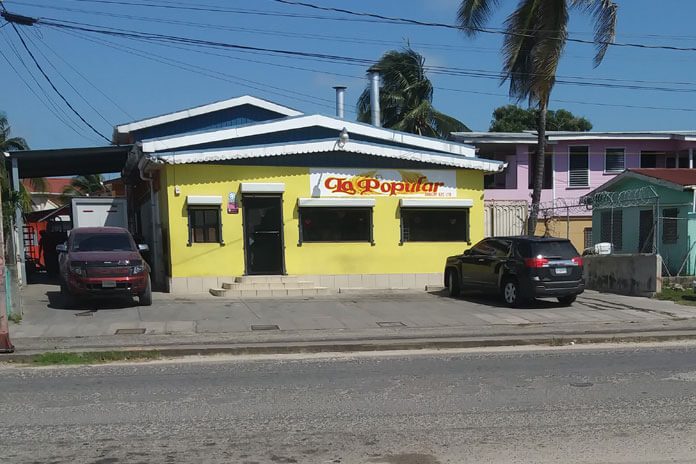 La Popular Bakery, located on Cemetery Road in front of the busy First Stop Taxi Stand, with a bus stop near it, was held up and robbed at about 7:30 Wednesday night by two thieves who got away with an undisclosed amount of money.

The thieves escaped in a getaway vehicle.

The manager of the bakery told police that she was behind the counter when two men entered as customers and began to look at the baked goods. They then put bread on a tray and went to the counter as if they were going to pay for it, but instead one of the men whipped out a gun and pointed it at the manager and demanded money.

She told police that he gave her a bag into which she was forced to put money from the bakery’s cash drawer. At gunpoint, she loaded the bag with an undisclosed amount of cash, the proceeds of the day’s sales. The thieves then took the bag, walked out of the bakery and got into a car that was waiting for them.

Police looked at video footage from cameras mounted in the area, which led them to the young robber.

Police are looking for the boy’s accomplice.