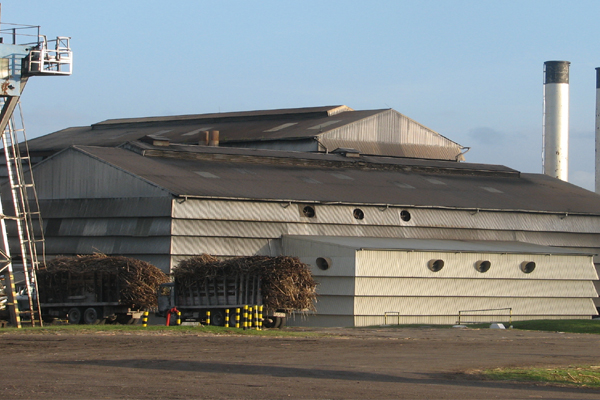 BELIZE CITY, Mon. Sept. 16, 2019– After many months of criticism that it was one of the main players that caused the New River to become dangerously polluted, Belize Sugar Industries (BSI) has come forth with a statement that it is not responsible for the pollution of the river, in which fish by the thousands, as well as turtles, birds and other aquatic life, including even crocodiles, have perished.

Studies by some environmentalists reveal that some parts of the river have become so “dead” that there is no life in it, or on its banks.

The Department of the Environment has come under severe criticism because, its critics say, it has not done enough to safeguard the health of the river, on which not only hunters, fishermen and the Orange Walk tourism industry depend, but also villagers, who depend on it for their daily sustenance, as well as for planting, doing their laundry, and for water for their animals.

The almost comatose condition of the river has come with an unbearable stench: the river has become so “stink” that a few weeks ago, students from the La Inmaculada School in Orange Walk Town had to be sent home – they could not stand the stench from the river, which is nearby.

BSI said, in its release, which is published on page 7 of this issue of the newspaper, that “BSI strongly refutes any claim that the factory is permitting untreated effluent to enter the New River ecosystem, which is completely unfounded.”

BSI has not only distanced itself from the environmental disaster that the river has become; it has said that it is apparent from findings to date that “there are multiple causes of effluent entering the river.”

BSI says that “the presence of hydrogen sulfide emission affecting the New River is not originating from its effluent, but is as a result of stagnation, which causes dissolved oxygen to be naturally reduced and results in anoxic conditions that lead to the generation of a bio-film on the surface and the generation of hydrogen sulfide gas that smells like rotten eggs.”

On Friday, August 23, the Department of the Environment (DOE) after being called out by activists in Orange Walk Town, held a meeting that was attended by a number of Orange Walk residents.

During the question-and-answer session, it was revealed that the DOE relies on tests that are conducted by BSI. These tests, as one of the questioners pointed out, have never been independently verified.

BSI has not even accepted a modicum of responsibility for the polluted condition of the New River after it has been operating the sugar factory for decades. The condition that the New River is presently in did not happen overnight. This has been a gradual process that has only now been exacerbated due to the prolonged drought that is affecting the country.

The DOE compliance officer told those in attendance at the meeting that there is no pressure under the law to charge anyone for the pollution of the river.

The DOE needs to push for laws that will prescribe stiff penalties for the kind of pollution that has been affecting the New River. This cannot be left to the discretion of the company. Belize needs to protect its environment for future generations, and a posturing DOE will not get that done.