Home Crime Burglary on the rise during Christmas season
CrimeHighlights

Burglary on the rise during Christmas season 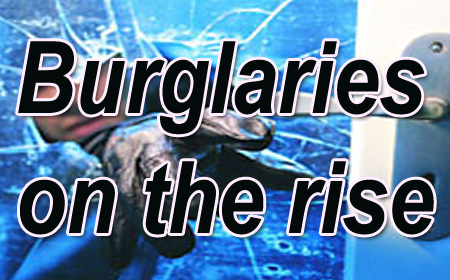 BELIZE CITY–Over $90,000 in cash and properties have been stolen by thieves from property owners since the beginning of the police response to the anticipated crimes of the Christmas season.

The expected crimes are burglaries robberies and theft, with burglaries being the most frequent.

Despite the efforts of police, burglary, theft and robberies have increased. Thieves have gotten away with over $90,000 in 10 reported burglaries.

The most recent burglary occurred at about 3:50 yesterday afternoon, Wednesday, in Maya Beach on the Placencia Peninsula in the Stann Creek District:

Benedict Kim, 50, an American photographer of Maya Beach, Placencia, Stann Creek District, was deprived of over $6,800 worth of his properties after thieves burglarized his room. Kim told police that at about 2:30 yesterday morning, he left his room at a resort in Maya Beach and went out.

On his return at about 6:00 yesterday evening, he found his room has been broken into. After making checks he found that thieves had stolen his HP laptop computer, valued at $1,700; a Canon digital camera valued at $4,000; an ACES Tablet NEXUS valued at $ 400, along with a Nokia cell phone with calling number 629-9067, valued at $300, and (4) $100 bills and some small change in different denominations. The total amount of value stolen from him amounted to $6,800.

No one has yet been arrested, nor the items recovered.

The second burglary was also reported to occur yesterday. Audrey Lee Gladden, 52, of #9780 Riverside Street, Belize City, reported that her house was burglarized and thieves stole properties to a value of $9,211.

Some of the properties include electronic items, jewelry, assorted liquor and toys. The break-in occurred sometime between 8:40 yesterday morning and 12:55 yesterday afternoon.

The third burglary was reported on Tuesday. Gareth Murillo, 46, of San Andres Road, was similarly deprived of his properties to the value of $5,300. He told police that he locked his house on Tuesday and went out. When he returned at about 2:30 yesterday, he found his house has been broken into, and stolen were an assortment of electronic devices all to a total of $5,300. Police investigations continue.

The fourth burglary was also reported on Tuesday, December 16. American retiree James Lawrence, 65, of Maybe Village, Corozal District, reported that his residence was burglarized and stolen were an assortment of electronic items, household items, assorted jewelry and tools all to a total value of $16,497. Corozal police are seeking 2 persons of interest who are known to them.

At about 8:20 Monday night, Karen Young, 53, a Canadian of Stone Crab and Mermaid Street, Alta Mar Area, San Pedro, reported that she was deprived of her properties to the value of $8,605.

She secured her house and went out at about 6:30 Monday evening, and when she returned, she found thieves had broken into her house. She noticed that the glass window on the southern side of her home was broken and discovered that electronic items, assorted shoes and other items were missing.

Police have since recovered two silver Apple Mac Book Airs valued at $2,600, and are seeking one man for questioning.

The sixth break in occurred on Sunday, in San Pedro. Cathy Slattery, 68, an American retiree of San Pablo, San Pedro Town, told police that on Sunday, thieves burglarized her house and her properties to a value of $7,000.

At around 1:00 Saturday morning, December 13, a vehicle was stolen. Nigel Andrews, 28, of Belize City reported that his cousin had parked a 2008 white Dodge Avenger car bearing License plate # BZ C-36918 on the street side and then he went into a night club. About an hour later, he checked his vehicle and discovered that it was missing. The value of the vehicle is $20,000.

The eighth burglary was reported on Friday. At about 5:00 p.m., a 2-bedroom house was burglarized on Police Street Extension, in the Lake I area of the city. The owner, Mrs. Cynthia Wright, a school teacher, told police that she left her house properly secured at 6:30 a.m. that Friday morning, but when she returned at 5:30 that evening, she found that her house was burglarized. Property stolen from the house were (1) Jordan black and white tennis shoes, size 9.5, valued at $200; (1) Nike Air Force tennis size 9.5 valued at $200; (1) Black Acer laptop, serial number unknown, valued at $500; (1) Lenovo desktop built-in system and (1) Edward P. Yorke graduation ring with initials KN, valued at $375, to a total value of $1,275.

Entry was gained by cutting the burglar bar and removing 5 glass louvers from the left side window of the house. Police investigations continue.

In the ninth crime, Jose Chau, a Belizean businessman of No. 55 Neal Pen Road, Belize City, reported that sometime between the hours of 2:00 p.m. on Saturday, his two-storey building, located at No. 12 Mohammed Ali Street was burglarized and stolen was an assortment of household items valued at  $11,400.

Police continue to remind people to be vigilant and protect their properties. If they see any break-in or robbery in the neighborhood, call the police immediately.