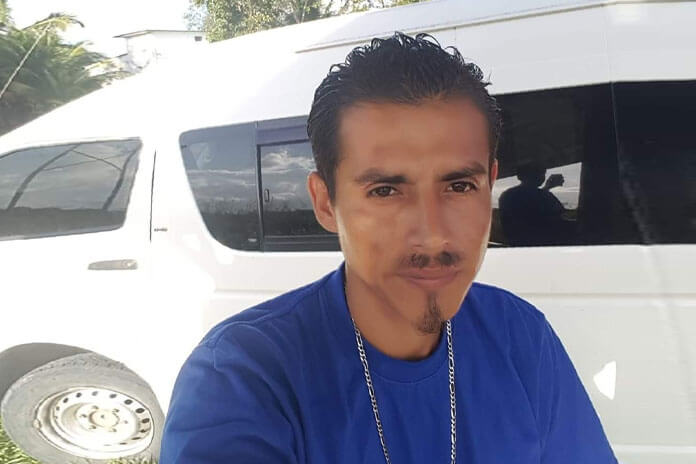 COTTON TREE, Cayo District, Thurs. May 28, 2020– Less than 24 hours after Chinese national Xinwu Zhu, 38, of Belize City, was coldly executed by a gunman who shot him multiple times in the chest and abdomen while Zhu was sitting on the steps of his business on Hopkins Street, Oscar Vasquez, 29, a “busito” (small passenger van) driver of Belmopan, was similarly executed in his van at about 12:30 this afternoon, while he was making a run from Belmopan to St. Matthew’s Village.

Preliminary reports indicate that Vasquez was driving his van along the George Price Highway on the route to St. Matthew’s Village, when, on his arrival at about Mile 45, in Cotton Tree, in front of the new butane gas depot, a man who was standing on the roadside waved at him to stop.

When the van stopped, a passenger who was sitting behind Vasquez took out a gun and shot him three times in the head.

The gunman then ran out of the bus, and both men ran into the bushes and escaped.

Vasquez was rushed to the Western Regional Hospital, but was declared dead on arrival. Police rushed to the scene and began to search the bushes, but could not find the killers.

It is unknown why Vasquez was executed. Robbery was not the motive, since no attempt was made to rob him.