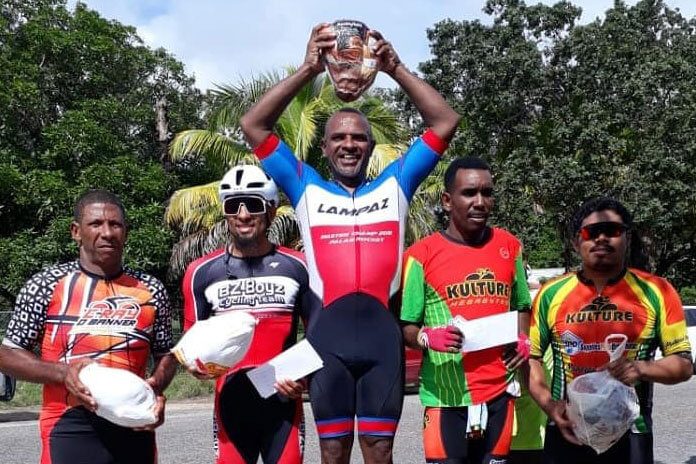 BELIZE CITY, Fri. Dec. 27, 2019– The C-Ray Cycling Club hosted their annual Ham & Turkey pre-Christmas Race on Sunday, December 22. A total of 67 cyclists across 6 different categories came out to participate. All races started and finished in front of Data Pro on the Boom/Hattieville Road.

Race #1 was in the Elite Category. This race made a left at the Hattieville roundabout and headed to the Mile 8 roundabout, where they turned around and headed back to Data Pro, for a total of 37.3 miles. Taking the first station prize of $20.00 at Fresh Pond was Ernest Bradley of Clear the Land Cycling Team. Bradley also picked up the second station prize, 1 ham, at the Prison. At Mile 10, Shaun Codd of Team G-Flow grabbed the third station prize of $20.00. On the return, Ernest Bradley picked up another station prize of $20.00 at Mile 10. Team G-Flow’s Devin Azueta grabbed the fifth station prize, 1 pair cycling socks, courtesy Brandon Cattouse, at the Prison; and Herman Requena of Team Santino’s won the final one at Fresh Pond – gift certificate, courtesy Ordonez Bike Shop. After one hour thirty minutes and thirty-six seconds (1:30:36), averaging at 25 mph, Race #1 concluded. Winning in solo fashion was none other than Shaun Codd, who has been dominating races all of December, winning $250.00 + a ham. 2nd place went to Herman Requena – $150.00 + a turkey; 3rd Devin Azueta – $50.00 + a ham; 4th Ernest Bradley and 5th Brandon Cattouse of C-Ray D. Banner, both winning either a ham or a turkey.

Race #2 consisted of 4 different categories: 30+, 40+, 50+ and Women. This race traveled the same route as Race #1. Taking the first station prize of $20.00 at Fresh Pond was Dwayne Wade of BZ Boys Cycling Team. Barney Brown of Team Digi then picked up the second and third station prizes: at the prison – 1 turkey, and at Mile 10 – another $20.00. On the return, Dwayne Wade grabbed another station prize at Mile 10 of $20.00. Vallan Symms of the Kulture Team won the fifth station prize – 1 pair of cycling socks, courtesy Brandon Cattouse, at the Prison. Picking up the final station prize, and his third, Dwayne Wade won a gift certificate, courtesy Ordonez Bike Shop. Finishing a bit slower than the Elite race, in one hour thirty-five minutes and thirteen seconds (1:35:13), averaging 23.5 mph, 52-year-old Fitzgerald “Palas” Joseph of Team Lampaz won in dramatic fashion, triple dipping to take all three age categories: 30+, 40+ and 50+. Palas walked away with a total of $450.00 plus 2 turkeys and 1 ham. 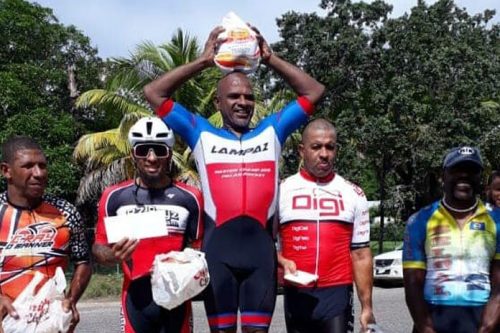 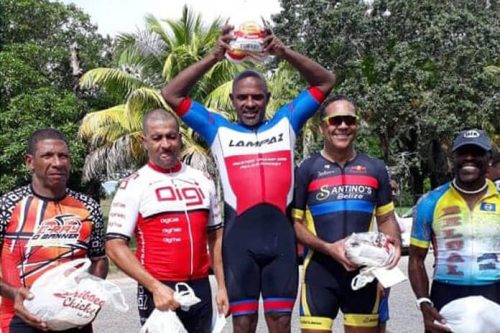 In the Women Category, Fiona Humes took top honors, being the first and only female to ride the race. 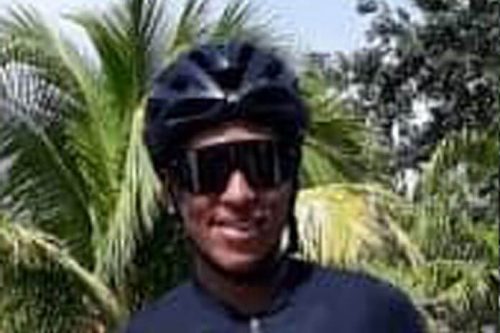 For clarity, double and triple dipping refer to older guys winning their respective age category and also beating the guys in the younger age groups.

Race #3 was in the Junior/Youth categories, who made their way from Data Pro to Hattieville and return. Winning the first station prize of 1 ham at Fresh Pond was Derrick Chavarria of Chavarria Cycling. On the return, Kenny Gongora picked up the second station prize of a gift certificate, courtesy Ordonez Bike Shop. After one hour fourteen minutes and thirty-six seconds (1:14:36), Kenny Gongora won the sprint to take top honors in this race; 2nd place went to David Banner, Jr. of C-Ray D. Banner; and in 3rd place was Dion O’Brien, Jr., all 3 winning cash prizes and a ham or turkey. In 4th and 5th places were Fernando Rosado of Chavarria Cycling and Renan Codd of G-Flow, respectively. Gabrielle Gabourel was the winner of the Junior Female. 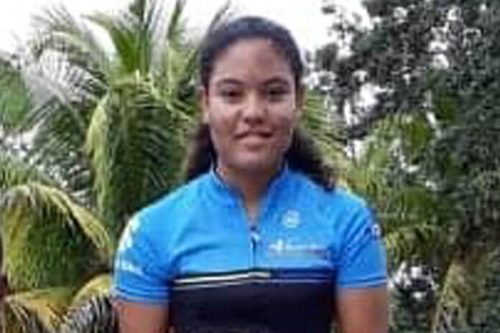 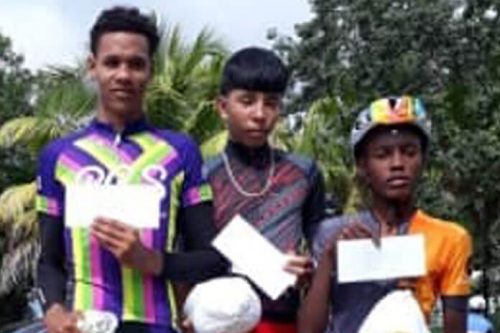 The C-Ray Cycling Club has had a successful 2019 hosting races and giving cyclists the opportunity to race twice a week. We promise an even better 2020, and assure all cyclists and cycling enthusiasts that together, we are going to another level in this sport!!