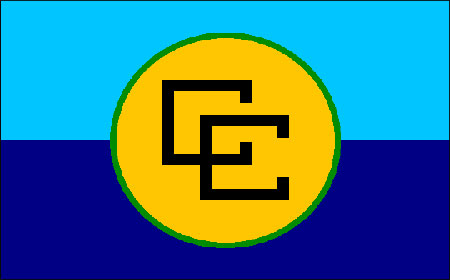 BELIZE CITY–The CARICOM Secretariat has filed an application with the Caribbean Court of Justice (CCJ), to maintain a “watching brief” in the proceedings and to make submissions in the case lodged against member countries, Belize and Trinidad and Tobago, by LGBT activist Maurice Tomlinson of Jamaica, challenging the immigration laws of the countries.

This has been confirmed by the CCJ, which explained that CARICOM’s request—which will be served on the parties to the proceedings and ultimately determined by the Court—is further to CCJ Original Jurisdiction Rules.

According to the CCJ, “an application for a ‘watching brief’ can be made by parties who may have a particular interest in the court proceedings and may wish to be present, and or make independent submissions to the Court in relation to the particular subject matter.”

Last week, Tomlinson told News 5’s Isani Cayetano that CARICOM would be arguing or making presentations that would support Tomlinson’s claim—not the position of the member states facing the legal challenge.

“For example, they have said that the law which bans my entry is a law which I have to uphold. One of the arguments which the governments of Belize and Trinidad have made is that since the law is not really being enforced, I can more or less ignore it, and CARICOM is saying no, the fact that you have a law on the books means that I am obliged as a member of CARICOM to respect all the laws of all the states of CARICOM,” Tomlinson said.

The CCJ, which is a legal organ of CARICOM, has indicated to us that a decision on CARICOM’s application will be made “in due course.”

In May, the CCJ ruled that Tomlinson has an arguable case against Belize and Trinidad and so admitted his application to have the matter heard by the regional court, authorized to interpret CARICOM law in the context of the Revised Treaty of Chaguaramas, which establishes the community.

Tomlinson has claimed that the laws of Belize and Trinidad deny him of his right to hassle-free movement within CARICOM as a member of the community, because he is a homosexual.

However, the Government of Belize has told the CCJ that Tomlinson had actually traveled to Belize on multiple occasions and was never denied entry.