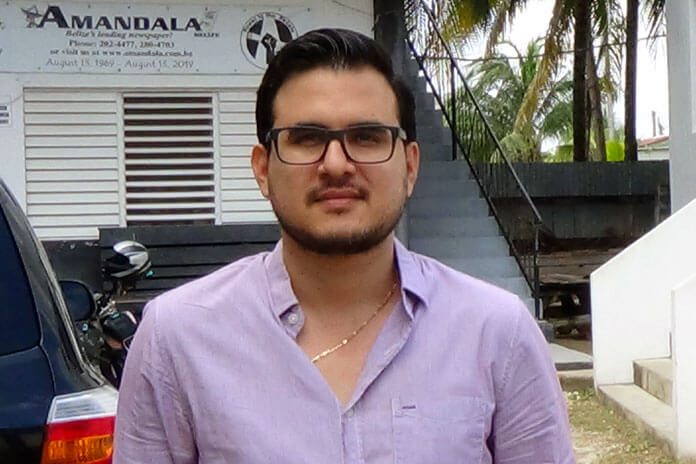 BELIZE CITY, Thurs. Nov. 7, 2019– Carlo Habet, a film producer and director, produced a Belizean short movie named “Time to Eat”. It will premiere at about 7:00 tomorrow evening at the Princess Cinema No. 2 in Belize City during the Belize International Film Festival.

The movie will also be shown during a red carpet event at the Bliss Institute on Saturday night, during which it will be live-streamed and uploaded to YouTube, so that those who cannot make it to the Princess Cinema or the Bliss Institute can see the movie on YouTube wherever they are.

Habet said that during the event, the cast and the crew of the movie will be available so that attendees can come and see them, take photos with them and talk with them.

Habet told us today that the movie is a comedy about young adults trying to succeed in Belize. It looks at the different issues people are facing in Belize, especially young adults, when they are trying, on their own, to succeed.

It is all Creole and all Belizean. The actors are talented performers. Habet is urging the public to come to the Princess and see the movie, which is the first movie he has produced. He said that he is already working on another movie, which he hopes to complete by April next year.

He has been involved in music production, he said, but he is now also making movies. Members of the public can get more information about the movie by visiting their webpage at Vericast Productions Ltd., where they can get a sneak peek, and other information.