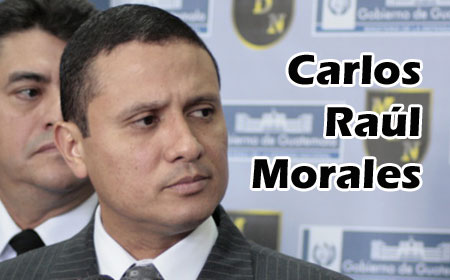 BELIZE CITY–Guatemala’s president announced changes to his Cabinet on Monday, September 8, including the installation of a new Foreign Minister to replace Fernando Carrero, who will assume the position of Gert Rosenthal as Guatemala’s Permanent Representative to the United Nations in Washington, D.C.

President Molina also announced that Víctor Corado would assume the role of Minister of Communications, Infrastructure and Housing, in place of Alejandro Sinibaldi, who has resigned to take up a leadership role in Partido Patriotico.

From 2011 to 2012, he was the executive secretary of Guatemala’s Comisión de Belice, which Molina dissolved last February.

He also served as Consul General for Guatemala in Benque Viejo del Carmen back in 2000 and as First Secretary and Consul at the Embassy of Guatemala in Belize from 1993 to 2000.

From 2000 to 2002, he was a member of the Mixed Commission on the Belize-Guatemala differendum under the auspices of the Organization of American States (OAS).