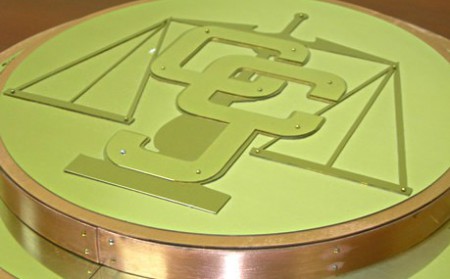 BELMOPAN, Fri. Nov. 23, 2018– Last month, the Caribbean Court of Justice (CCJ), after reviewing an appeal brought by David Gegg’s tour company, Cruise Solutions, ruled that the General Sales Tax (GST) which the Belize government had charged the company should not have been paid, since the services for which the company had been charged are actually zero-rated. The CCJ ordered the government to refund around $400,000 GST that Cruise Solutions had paid. The ruling opened the door for other companies in the tourism sector to demand refunds of the GST tax that had been wrongfully collected by the government.

Prompted by the court’s ruling, the government introduced an amendment to the General Sales Tax law today in the House of Representatives, which in the words of Prime Minister Dean Barrow, would retroactively “cure the law” so that government would not have to be faced with massive refunds of GST from the cruise tourism sector.

“So, according to them, the tax that all these operators had been paying all these years was being invalidly collected because, their interpretation, by the president, their interpretation of the law was that, as it stood, these people needed to be treated as zero-rated. Apart from the successful appellant, every tour operator who had ever paid GST under the then regime, which we all thought was legal, is coming calling upon the GST Department for a refund. We are talking about millions and millions and millions of dollars. We had our lawyers research this thing properly and saw where, it is not the first time it has happened, I’m not saying in Belize, elsewhere, and the courts have held that in those circumstances the government is perfectly entitled to pass a law retrospectively curing the mischief and thus wiping out the chance of these people getting refunds. As the court says, man, you can’t say that it is a new tax being imposed. You all paid it and, except for one person, paid it happily. Those tax dollars were used to help the industry, to build roads, to deliver the services of government. You cannot leave the government and the state in a position where it will be so horribly prejudiced and have its finances so completely destabilized,” stated Barrow.

Hon. Cordel Hyde, the National Deputy Leader of the People’s United Party (PUP), the Opposition in parliament, however, cautioned the government about the use of retroactive legislation.

Hon. Hyde, the Lake Independence area representative, remarked: “I think as a principle we are entering uncharted territory when, as a government, you bring legislation to upend or sidestep a ruling from the highest court in all the land. I think we recognize this thing called supremacy of parliament but that is a power that you should use guardedly.”

Hyde went on to point out some of the hardships that the smaller, local tour operators are facing under the present GST regime, and hardships they are experiencing since the rerouting of Norwegian Cruise Lines to Harvest Cay.

Information to us is that Cruise Solutions has not yet received the refund that the CCJ ordered, and since the new GST amendment is retroactive, that move on the part of the government may spark a new round of litigation over the original CCJ order, pitting the court against the parliament.