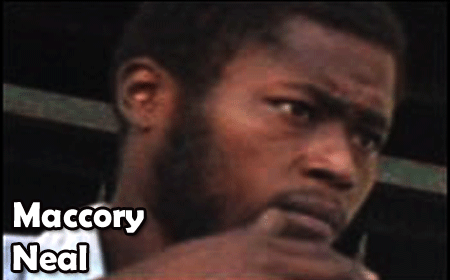 BELIZE CITY, Wed. Dec. 9, 2015–Two men who allegedly stole a bag of money amounting to about $11,639, which they believed would have been their Christmas loot, were busted with a 9mm S&W gun and 40 rounds of ammunition when police went to their house to search for the money.

They appeared before Magistrate Carlon Mendoza, who arraigned them on four charges: one count of keeping a prohibited firearm; one count of keeping a firearm without a license and another count for keeping ammunition without a gun license for forty-two rounds of 9mm rounds; and one count of handling stolen goods, for being in possession of a small black plastic bag which contained $9,639.00 and a tablet valued at $2,000, the property of Zane Allen Robinson.

Humes pleaded not guilty to all the charges, while Neal pleaded guilty and begged the court for mercy. 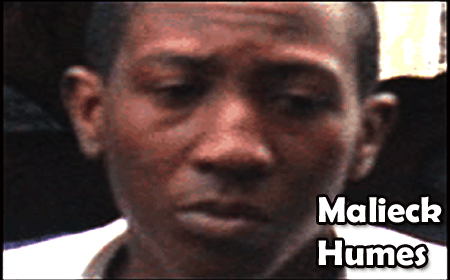 Neal told the court that his friend Humes had no knowledge that the items were at his home, and that he (Humes) only had gone to the house to smoke marijuana when the police searched and found the items.

Neal said that the items were found in his home and that’s why he is responsible, and the police prosecutor should withdraw the charges against Humes.

Neal told Magistrate Mendoza that his grandmother, 78, and others, including a cousin, had been at the house at the time, but to protect his loved ones from being arrested and charged, he took responsibility for the items.

Magistrate Mendoza entered an equivocal plea of not guilty on behalf of Neal.

The prosecutor then told the court that based on what Neal said, he could not withdraw the charges from Humes, and they were both remanded to the Belize Central Prison until February 9, 2016.

A salesman reported to police that on Tuesday, December 8, at about 1:10 p.m., he went to Publics Supermarket on West Canal, where he picked up two small black plastic bags, one containing $11,639 cash and the other, $2,400 cash.

The salesman told police that he entered his pickup, put the bags on the right front passenger seat and was about to drive off when a man opened the front passenger side door, grabbed one of the bags, a red ad black bag, and ran down Prince Street in the direction of Albert Street.

Police conducted a search in a house on Berkeley Street, which was occupied at the time by Neal and Humes. As a result, police recovered the red and black bag, but it contained only a portion of the $11,639, which was $9,639.

The firearm and the ammunition were also found in the house.