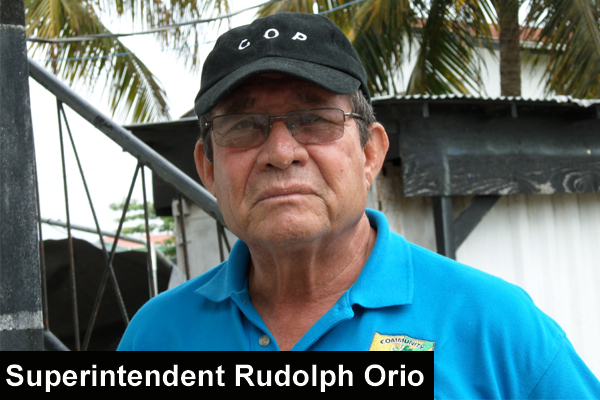 The Citizen on Patrol (COP) initiative, a voluntary program in which private citizens of an area become active in crime prevention by conducting patrols in the community and reporting to police on criminal behaviors and activities, has been reactivated.

Superintendent Orio, in an interview, told Amandala that COP was a program that went dormant and is now being reactivated and implemented.

Orio said that the purpose of the program is for private citizens to volunteer their time to actively conduct patrols in their neighborhoods, of which they are a part and know well; and to listen, watch and report any criminal activities to police.

Their activities in the community will be accompanied by increased police presence in the neighborhoods. Orio explained that COP will become a focal point through which crime prevention programs will be developed, in an effort to discourage criminal activities in the area and make the streets and parks safe for children, the elderly and all other residents of the neighborhood.

Orio said that private citizens are needed to volunteer for this revitalized Citizen on Patrol Program. They will be trained and provided with the needed equipment, after which they will be identified as part of the police initiative.

People can contact the Community Policing Unit of their area, for applications and further information. However, a clean police record is a requirement, and they must be willing to attend a 3-day training which will be carried out by police, which includes observation techniques, education in the laws of Belize, and police procedures.

They will not carry firearms, and will be required to commit 4 hours of their time per week for the COP Patrol Program in their neighborhood.

All patrols will be carried out in no less than two-person teams. Radios will be issued to each team to enable them to be in contact with the team leader. Vehicles used on patrols will be clearly marked with the COP logo, and will thus be identifiable.

Those interested in becoming Special Constables, must now be a COP volunteer for a period of no less than six months, said Orio.