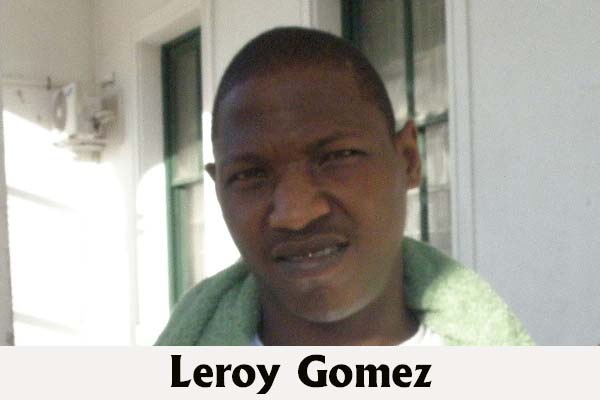 Gomez was unrepresented in court

A jury of six women and three men deliberated for 1 hour and 18 minutes, on Monday, before they returned with a not guilty verdict in the trial of Leroy Gomez, 26, a convicted rapist, who was indicted on a charge of escape from lawful custody.

Leroy Gomez, who is serving a 15-year sentence for a rape conviction, was undefended by an attorney, in the trial for escape before Supreme Court Justice Adolph Lucas.

According to police, on August 27, 2011, Gomez was arrested and taken to the Mahogany Street Police Station, after a rape report was made against him.

Based on the evidence presented during the trial, Gomez was handcuffed and placed in the back of the police station, from where he escaped.

Police Constable Jarcel Savery, who had gone to transport Gomez to the Queen Street Police Station, Crimes Investigation Branch office, said he escaped by running out of the station. The station does not have a cell.

Savery said Gomez ran into Oleander Street, and he pursued him, firing warning shots in the air, but Gomez continued running.

Police were able to apprehend Gomez, three days after he allegedly escaped from the Mahogany Street Police Station.

But during the cross-examination of PC Savery, it was disclosed that the woman who made the rape report against Gomez is his (Savery’s) girlfriend. Apparently, this revelation helped to create doubt in the minds of the jury that Gomez had indeed escaped from police custody. Savery, it appears, had a personal interest in apprehending Gomez, as was borne out in the evidence presented.

During the trial, Lovell called two police witnesses, who testified that Woman Police Constable Ellamae Castillo, who had recorded a statement about Gomez’s escape, was out of the country.

When it was Gomez’s turn to speak in relation to the statement that the prosecution wanted the court to admit into the evidence against him, he told the court that it should not accept the statement, because the officer (Castillo) was not present in court and he could not question her.

Justice Lucas, however, told him that was not sufficient grounds for him not to admit the statement into evidence.

After the prosecution closed its case and Gomez was given the option of speaking from the prisoner’s dock, or taking the witness stand and giving evidence, he chose the third option of remaining silent.

“I already said what I had to say. I have nothing else to say,” he declared.

He told the court that he had one witness to call, who would testify on his behalf.

Arita Welch, 27, a purchasing clerk and resident of La Croix Boulevard, testified that she was at her home babysitting her niece along with her mother and Leroy Gomez.

Welch told the court that during the entire night, Gomez did not leave her home. After the children were put to bed, she, her mother and Gomez had a few drinks.

The police came for Gomez the following morning and it was then that she learned that police were claiming that he had escaped from custody.

Welch told the court that the police had told her that they would hold him for 48 hours.

In his brief address to the jury, Gomez said, “I am innocent of this crime. I just want unno to understand how I feel. I feel like I get chance out of my rights. They charged me for something that I nuh do.

“Police just come and charge you for something and just send you da jail. I know the Father no di sleep. He knows what I do from what I no do.”

In 2010, Leroy Gomez successfully argued his rape conviction before the Court of Appeal and had the conviction overturned. He has been successful in representing himself in four rape trials.