He was found with stolen police gun 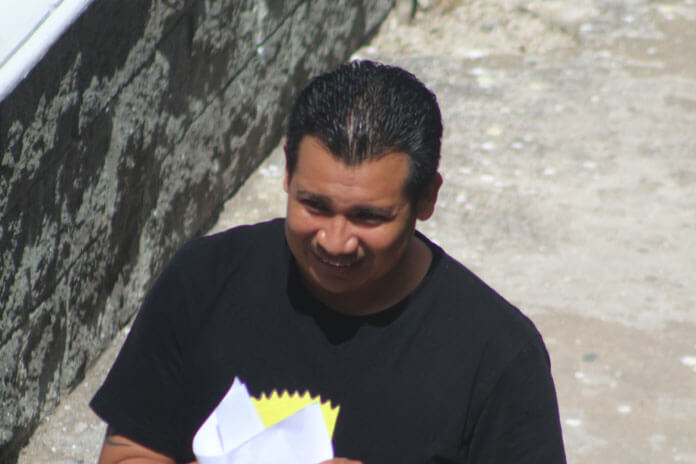 COROZAL TOWN Thurs. Feb. 13, 2020– Police Constable Darwin Hernandez, who is from Corozal but is stationed in Belize City , has been arrested and charged with keeping a firearm and ammunition without a gun license and handling stolen goods, after the gun found with him was found to be stolen. He was arraigned at the Corozal Magistrate’s Court on Tuesday and was remanded until March 25.

Magistrate’s Court cannot consider bail for firearm offences until after 3 months. However they can hire the services of an attorney who can apply for Supreme Court Bail for his release.

On top of the charges just mentioned, the policeman will also be charged internally for bringing the Police Department into disrepute, for conduct unbecoming of a police officer and prejudice to good order and discipline. He will face a police tribunal, which has authority to punish him, including discharging him in disgrace and forfeiting his benefits.

Police said that on Saturday, Hernandez along with his brother Rony Hernandez, both of them of Corozal. They were at the Corozal Freezone drinking and socializing, when they began to get disruptive and aggressive. The Freezone Security Officers, who were unable to handle them called the police. A police officer who is stationed at the booth in the Freezone intervened and called for backup from Corozal Police Station, during which the authorities at the border were able to disarm, officer who was carrying a loaded 9mm pistol, and handed the weapon over to police on their arrival.

When police checked, the gun was found to be a firearm stolen from Precinct 3 in Belize City. They were both taken to the Corozal Police Station, where they were detained and were jointly charged for the offences at the conclusion of the investigation. In court they pled not guilty. Bail was not offered because ofd the nature of the offenses. Police said that Darwin Hernandez is from Corozal Town.