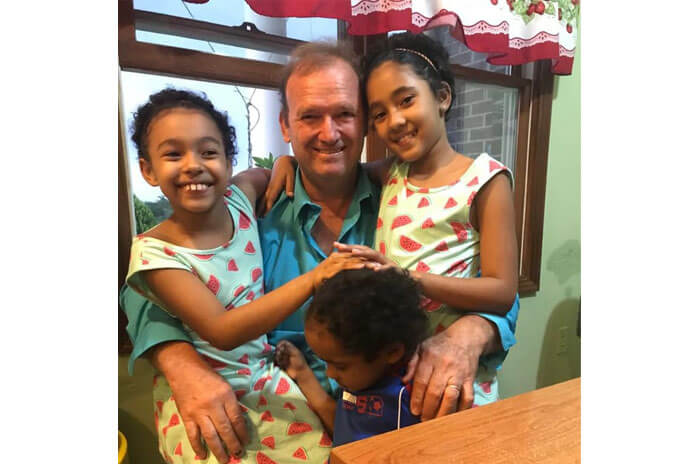 Mr. Cornelius Dueck, who once contested an election to be a standard bearer for the UDP, who once led the National Reform Party which contested the general election in 2008, and who is presently a Commissioner of the Supreme Court, told Mr. Kenneth Fairweather and myself in a meeting on Tuesday this week that change must come to the way Spanish Lookout is being run, or the community will encounter serious problems. Mr. Dueck said the leadership of the community is repressive.

Before we go on, a brief background to the community of Spanish Lookout may be necessary. Spanish Lookout, a Mennonite community that was established in 1957/58, is one of the most financially powerful groups in this country. The hardworking, dedicated Mennonites control the production of grain, poultry, and milk; and they are substantially invested in construction materials, road building, and merchandizing.

Briefly, the agreement allowed the Mennonites to more or less exclude all other Belizeans from acquiring land in their communities, and for them to conduct their affairs – practice their religion, educate their children, etc. — separate from that of greater Belize. In return they would, among other things, bring in $500,000 capital in cash and kind, grow food not only for themselves but also for local consumption and export, and conduct themselves as good citizens. (We will look more closely at the agreement, and all that it contains, at a later date.)

The Mennonites are held together by a common religion. The leaders of the community insist on strict adherence to the doctrines of their religion, and the leadership vigilantly enforces the community’s laws to ensure that their way of life is not contaminated by outsiders with different ideas and values, and a different skin color.

It is fair to say that their guarding their religion, culture and race has served the Mennonite community well, definitely economically, with the group growing from strength to strength. Their cohesion and work ethic have helped them dominate in every economic endeavor. The Mennonite Belizeans are thriving, while a number of other Belizeans are failing.

The success of the Mennonites could be expected to cause envy outside their community, but if that is the case, it is not manifested in the way they are treated. Belizeans of all walks of life, of every tribe and financial standing, patronize Mennonite businesses and greet them on the streets as brothers and sisters. Spanish Lookout is a highly anticipated stop for children from schools in inner Belize City who, when they go on field trips to the Cayo District, are taken there so that they can see all the wonderful work the Mennonites are doing, and also for refreshments at Western Dairies.

Dueck said he married a woman from outside the community, and ever since then the leaders of Spanish Lookout have been making it rough on him. Dueck said if the leaders don’t like you, they do everything in their power to destroy your business. He told us that he was interested in running a butane business and the leaders told him he would need to get all the relevant permits. Dueck said that when he got the permits they told him they agreed that he could open a butane business, because they didn’t expect he would be able to get the permits.

Dueck told us that the “religion” in Spanish Lookout didn’t allow members of the community to own guns, but when he walked away from the “religion” (he says he believes in God, not religion), he got one. He said that when troublemakers came to the community and they needed help, he was the first one they called. Now, he says, a lot of people in Spanish Lookout have guns, and some of them have some real big ones.

Cornelius Dueck is not the only disgruntled member of what he calls “the country of Spanish Lookout.” There are other members of Spanish Lookout who want to have their voices heard. When we get a break we will also seek out the leaders of the community, to hear their voices on the issues Dueck and others in the community have discussed with us.
We expect that some members of the community will be “up in arms” about this story, but we mean no harm. There are people in the community who noh hapi. We are one Belize, and sometimes we have to tweak things to make them better. The story about gun ownership shows that the community can change, if it so desires.

We close off this segment with these observations. The leaders and people of Spanish Lookout, as far as we know they are good people, but as good as they are they wouldn’t be happy living in Barton Creek and the other traditional Mennonite communities. The rules there are too strict.

The second observation is that the agreement, as it was made in 1957, allows for a charismatic leader to emerge in Spanish Lookout, and that person could cause untold havoc in the community before the government could find a legal way to bring him to justice.

That last scenario isn’t impossible. Greater Belize was once as peaceful as Spanish Lookout, and now we are one of the most violent nations on the planet. Maybe some in Spanish Lookout would say bad things befell us because we allowed too many bad ideas and values to take hold, and we don’t have enough of the old time religion. It is good for sincere people to engage in sincere discussions.

If anyone says, sincere people would leave well enough alone, I would counter that Mr. Cornelius Dueck and others say, all is not well, and that’s because the community’s leadership is repressive.

Feature photo: Cornelius Dueck and some of his grandchildren