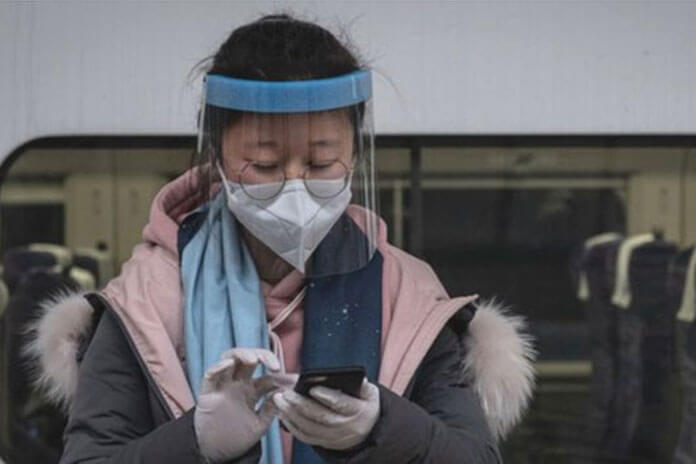 WUHAN, China, Mon. May 11, 2020 (BBC)– New coronavirus clusters have been reported in Wuhan city – where the virus first emerged – and the north-eastern province of Jilin in China.

Wuhan reported five new cases on Monday, after confirming its first case since 3 April on Sunday.

Authorities said the small cluster of cases were all from the same residential compound.

China has been easing restrictions in recent weeks and cases had been declining.

Health authorities and experts have warned that as countries emerge from strict lockdowns and people move around more freely, a rise in infections is likely.

The small Wuhan cluster is the first to emerge since the end of the strict lockdown on 8 April. One of the five cases reported on Monday was the wife of an 89-year-old man who became the first confirmed case in the city in well over a month on Sunday.

All of the latest cases were previously classified as asymptomatic – meaning they tested positive for the virus but were not exhibiting clinical signs such as a cough or fever.

Such people can spread the virus despite not being sick, but China does not count asymptomatic cases in its official tally of confirmed infections until they show symptoms.

Hundreds of asymptomatic cases are being monitored by Wuhan health authorities.

Meanwhile over the weekend, Shulan city in Jilin province, near the borders with Russia and North Korea, reported 11 new cases.

Chinese state media reported that 11 domestically transmitted cases had been recorded in Shulan on Saturday.

A day later, the city declared martial law and went into lockdown, with the government ordering all public places to be temporarily shut, said a Global Times report.

Shulan has been upgraded to high-risk, the only city in the country with this designation.
All residents have been told to stay home and only one family member is allowed out each day to buy essential products.

All public transportation has been suspended and taxis are not allowed to leave the city.

Feature photo: All of the latest cases in Wuhan were previously classified as asymptomatic

Facebook
Twitter
Pinterest
WhatsApp
Print
Previous articlePSU: We have ideas to help. GoB: Just give up the increments.
Next articleGuatemalan found with loaded assault rifle and grenade in Santa Cruz