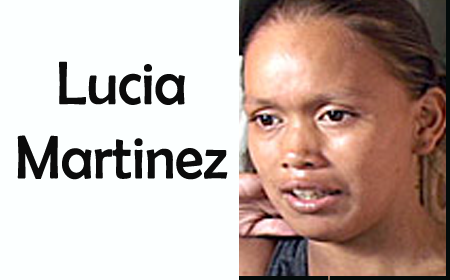 BELIZE CITY–Lucia Martinez, 18, the mother of a 1-month-old baby, is lucky to be alive after a cotton swab was left in her body after childbirth at the Karl Heusner Memorial Hospital (KHMH) on Friday, December 12.

When the cotton was taken out by her husband about three days later, the smell was so horrible, that the whole house was filled with the stench, said Martinez, who described the odor as being similar to that of a dead rat.

Martinez, who lives in Hattieville, said that three days after childbirth, she went home, but began to feel ill, and began smelling a foul odor.

At first, she did not believe the foul odor was coming from her, but when she rode the passenger bus, people became offended by the smell and believed it came from her.

Martinez checked herself and discovered that it was she indeed who was emitting the bad smell. She went to the hospital, where she was given pills for infection. She reported that she felt ill and was blacking out.

She and her husband did their own investigation and when he inspected her, he found that a cotton swab had been left inside her. He took out the cotton and took her to the Western Regional Hospital in Belmopan, where she was admitted and treated for two days. They had lost faith in the KHMH, she said.

On her release, she was instructed by the doctor not to breastfeed her baby, and he also told her that she would have been dead in two days if the cotton had not been taken out of her body.

In an interview on 7News, Martinez said that the hospital has taken responsibility, but she is still affected by the cotton that was left inside her. She even said that she was advised by her doctor not to have another child for the next three years.

According to 7News, the hospital says that the case is still under internal investigation, and they plan to meet with Martinez when their investigation has been completed.

Martinez and her husband say, however, that they are going to take legal action against the hospital for the negligence.