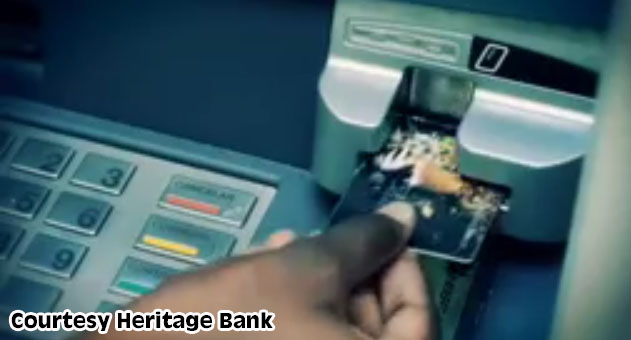 The changing landscape of Belize’s financial sector—due to amendments to Belize’s laws coming amid pressure from the international community for Belize to implement measures, said to be designed to counter terrorism and money laundering—has necessitated a change in the way banks do business with their customers.

Christopher Coye, president of the Belize Association of Offshore Practitioners, told Amandala last week that the revision in the laws do not just affect the offshore sector, but onshore transactions as well, because obligations that have now been created become more onerous on everyone—and especially those who have bank accounts and who will be subject to more procedures, more monitoring and more requirements. Belizeans, said Coye, will experience the changes on a very personal level. (See article captioned, “NEW FINANCIAL LAWS CAST WIDE NET!” published in the midweek issue of Amandala.)

Stephen Duncan, managing director of Heritage Bank in Belize, said today that bankers are still trying to come to grips with the latest amendment.

Duncan said that the changes to anti-money laundering and terrorism laws are “a tall order.”

“We now have to take that and dissect it and do two things from it: train staff and put processes in place to ensure compliance,” he said, expressing the hope that there will be no further changes for at least a few years.

The changes have affected something as basic as identification, Duncan said. He noted that while in the past, ID copies held on file were adequate and did not have to be updated upon expiry of the card, the new measures require that once a customer ID expires, the customer’s ID on the file has to be updated. This has meant that banks have had to put processes in place to now track those IDs, and for all those hundreds of thousands of accounts in the financial institutions in Belize, banks have had to go back and log those expiry dates, so that when they expire, the system issues an alert.

The changes are costly to the bank at a time when Duncan said they cannot afford them. He said that they have been coming under pressure from the Government to reduce fees, prices and costs.

“We have now this contrast – this conflict. The logical explanation is that if banks are putting on costs to meet these regulatory and legislative requirements, they have to generate additional income,” Duncan said.

He told us that although diversification can help offset some expenses, it is still the same 350,000 people (the Belize population) who have to pay for it at the end of the day, no matter how the pie is sliced.

For bankers, serious penalties on the books—which extend to possible imprisonment—have forced them to become more stringent.

“Banks will become more rigid than in the past, because they will not want to be caught out with fines and imprisonment and it becomes very personal. It is not just the institution, but also the individual who works with the banks who made the error, is exposed. So banks will become rigid, and understandably so,” said Duncan.

Andrade notes that people who fall under the new designation of Politically Exposed Persons (PEPs) are considered higher risk than normal persons because of the high office they hold, and so they would be subject to additional reporting measures.

She said that any doubt about the source of funds, because a customer refuses to provide information, and the bank suspects that the funds are not from where the customer indicates they are from, would trigger a report to the Financial Intelligence Unit (FIU), which is the competent authority, and the FIU would then work along with the police to prosecute the case in court.

Under existing law, money laundering includes the mainstreaming of funds from an array of illegal activities ranging from assassinations to the sale of products which violate another person’s intellectual property rights – such as the sale of bootleg DVDs and knockoff fashion goods and cosmetics falsely claiming to be brands for which patents are registered.