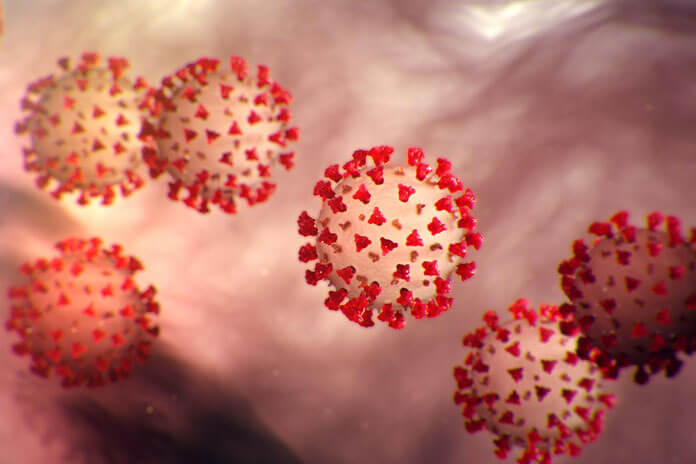 BELIZE CITY, Mon. Mar. 23, 2020– On Friday, as Belizeans were preparing for the weekend, the government announced new preventative measures to deal with the threat of the coronavirus pandemic. Up to last weekend, Belize was the only country in Central America that did not have a confirmed case of COVID-19, as the World Health Organization (WHO) had dubbed the strain of coronavirus, a respiratory illness that could lead to death if it is left untreated.

Belizeans woke up today, Monday, however, to a new reality. In an early morning press briefing, Prime Minister Dean Barrow and the Director of Health Services, Dr. Marvin Manzanero, confirmed that Belize had discovered its first COVID-19 case.

The person who tested positive is a Belizean who frequently travels between Belize and Los Angeles, and returned to Belize last Thursday.

Prime Minister Barrow told the media that the 38

-year-old woman, a resident of San Pedro, was unwell before landing in Belize, and had gone into self-isolation.

Dr. Manzanero informed that the woman did not need hospitalization, but the Ministry of Health is doing the necessary mapping and investigation of all the persons with whom the woman came in contact.

The news, however, that someone tested positive for the coronavirus on San Pedro unleashed a flurry of movement by San Pedro residents, many of whom attempted to leave the island.

This, in turn, prompted the government to issue a ban on travel from and to the island. Water taxis were ordered not to go to San Pedro, and San Pedranos could not leave the island.

Air service was also suspended in order to allow Ministry of Health officials to do the necessary mapping operations.

In the wake of the announcement of Belize’s first COVID-19 case, the COVID-19 National Coordinating Committee issued new measures today.

“A state of emergency has been declared for Ambergris Caye for 72 hours to allow the Ministry of Health to conduct the proper mapping and tracing of contacts following the announcement of the first confirmed case of COVID-19 in San Pedro Town, Ambergris Caye. Therefore, no person will be allowed to leave or enter Ambergris Caye during this time. Unauthorized vessels will be banned from leaving or arriving to the island,” said the government press release.

The release also said that all bars, clubs, lounges, and casinos countrywide would be closed with immediate effect.

At 11:59 p.m. on Wednesday all restaurants will be closed for dining; thereafter, only takeout service will be allowed, the government release announced.

On Friday, Belize joined with other countries in closing its borders as a preventative measure to keep the coronavirus at bay. As a result, following its meeting on Friday, the COVID-19 National Committee announced a closure of all of Belize’s borders.

After the border is closed, only Belizeans and diplomats residing in Belize will be allowed entry — subject to inspection and a possible quarantine for no less than 14 days.

Today, Monday, after the last flight leaves the Philip Goldson International Airport, the airport will be closed. As is the case at the northern border, cargo will be allowed into the country through the airport.

The government release also restricted the number of persons who can be at any social gathering, including funerals, wakes, and weddings, to no more than 25.

This restriction does not apply to places of employment, which should have their own protocol for social distancing and business continuity in place.

All of the new measures will remain in place for 30 days.

“Preventing the virus from entering Belize and practicing self-isolation are the two most important steps that can be taken to avoid a community outbreak,” the government release said on Friday.

A press conference is scheduled for Wednesday, when government will outline the necessary economic steps it will take to alleviate the economic impact of the COVID-19 pandemic.