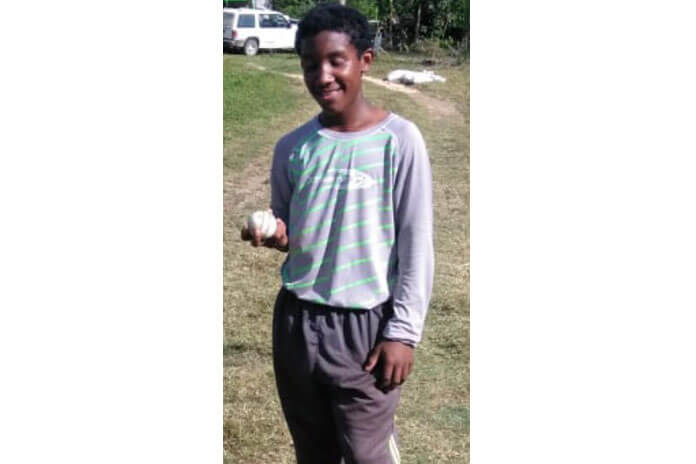 BELIZE CITY, Wed. Mar. 18, 2020– A pleasant time of the day to all cricket enthusiasts! What a wonderful weekend it was for cricket! These playing teams made much of it, as the body of my report tells. Before getting into specifics, may I say, thanks to the sponsors of this year’s season, Bowen and Bowen. Under the auspices of the Belize National Cricket Association, the Bowen and Bowen/Harrison Parks 2020 Cricket Competition continued over the weekend.

In Level One, such a beautiful game was played in Landing between Sunrise and home team Summer Fever. The fans got to watch a cricket match played to the fullest, with discipline and professionalism on both sides of the teams. Sunrise went to bat first and, under the skillful bowling of Maurice Castillo and George Hyde who took 4 wickets each, Sunrise was able to score 141 runs. Sunil Wandani scored 36.

At lunch break, fans and players walked around discussing the game, some boasting of how good was the bowling, others how excellent was the batting, and “without a doubt we will win.” With all bodies filled or refreshed, it was time for talent and skills (including fun).
Summer Fever at bat now; runs scoring; wickets falling. Edison Parks (a very skillful and tricky bowling veteran) and Zaghi (who loves the sport so much) tried their very best by taking 4 and 3 wickets, respectively, and almost hit the jackpot. Edison took two wickets in two balls when the score was at 138. The last batsman went in, but Edison’s over was finished; and Kenton Young, who is a professional batsman and has been on the field batting for a while, he will face the bowler. The bowler bowled the first ball, and Young connected, the ball going for boundary, six maybe, as seen by the outfielder, that it made no sense running for it. But the ball dropped inside the boundary line and rolled in, for Summer Fever needed 4. Kenton Young scored 48. That ended a well-played game.

The other games to my knowledge were sweet and smooth sailing home.

Wicked 11 defeated Easy Does It in a very well contested match, 165 to 189. For Wicked 11, Walter Flowers scored 36, and Ordell Casasola and Keon Robinson took 3 wickets each. For Easy Does It, Malcolm Reynolds scored 30, and Gareth Banner, Jr. took 5 wickets.

On Sunday, excitement was again at Landing, where Berlan got the better of BDF, 156 to 154, with 2 spares. For Berlan, Lamont Russell scored 44, and Jonathan Benjamin took 3 wickets. For BDF, K. Garcia scored 35, while T. Shaka and Trevor Stephenson took 3 wickets each.

Now for the grand finale! This was a game I thought was for the Eagles, who have been struggling to keep a good holding of what’s going on around them. They were facing a team that had not lost a game yet, Rural Mix. The Mix went to bat first, and with the fine bowling of the bowlers, including Dirk Sutherland who took 3 wickets, the Mix only batted 76 runs. (You hear what I say? 76 runs). Winford Broaster scored 20.

I believe it was not only yours truly who thought that the Mix would lose. Well, I and others were wrong. After lunch break, the Eagles took to bat. With the exceptional bowling of 14-year-old Tayshawn Moses (who hails from the Eagles’ turf) and Dwayne Hendy (who also has roots at the Eagles’ turf), they did not waste any time in taking down the Eagles stumps. Each of them took 5 wickets, allowing the Eagles to score only 47. Dirk Sutherland was the man of the day, as he scored 14 runs and took 3 wickets as afore mentioned.

Please be informed that all games scheduled for this weekend are canceled due to the threat that is looming in the air.

I pray that our God will never forget that we are still his children, and will never leave us in this time of His kind intervention.

With that said, folks, I say, keep on praying and trust in The Almighty for a clear deliverance.  Respect to and for all. Bye Bye!