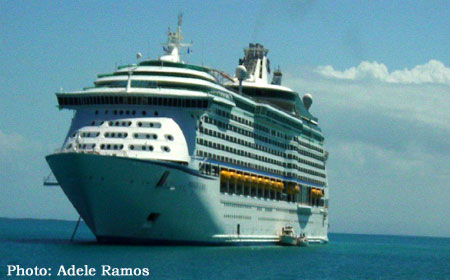 BELIZE CITY–Karen Bevans, Director of the Belize Tourism Board (BTB), told Amandala today that cruise arrivals surpassed the year-end target of a million tourists at the end of October 2014.

With spending by each cruise tourist estimated at US$75, this could translate to roughly US$75 million in receipts by the sector. Bevans said that the Central Bank of Belize is the agency that published the final estimates of how much is earned from the sector.

In February, the BTB had reported that 677,350 traveled to Belize, which represents growth of 5.7%, following the attrition which the sector suffered in 2011 and 2012.

More official data detailing the performance of the sector to date should be released shortly, Bevans indicated to us.