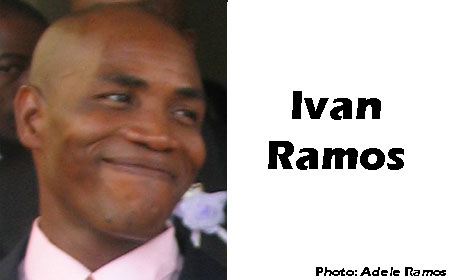 BELIZE CITY–Ivan Ramos, Dangriga’s area representative for the Opposition People’s United Party, strongly denounced in Parliament today what he said was an act of discrimination against two banking employees, after allegations that CIBC First Caribbean has tried to “stifle” speech in their native tongue, a form of disrespect Ramos said he had not seen in a long time.

Ramos, the grandson of Garifuna activist and hero Thomas Vincent Ramos, noted in his statement that on May 18, 2001, the United Nations Organization for Education, Science and Culture (UNESCO) issued a proclamation designating the Garifuna Language, Dance and Music to be A Masterpiece of the Oral and Intangible Heritage of Humanity. It was the first such proclamation issued by the UN organization.

For its part, CIBC First Caribbean has denied all allegations that it has a policy barring the speaking of Garifuna at its Dangriga branch, although Audrey Matura-Shepherd, president of the Christian Workers Union (CWU), has said that apart from the Dangriga incidents, there was also a move to restrict the speaking of Spanish at another district branch. Matura-Shepherd said that a correspondence from the bank had described the Garifuna language as “loud and unwelcome.”

Ramos’ statement detailed the two allegations of discrimination. He said that approximately 3 weeks ago, Simeon Joseph, Jr., who joined the bank 32 years ago when it was Barclays Bank, “was put on immediate leave because of speaking Garifuna to a fellow customer.”

Ramos said that a customer had spoken to Joseph in Garifuna, and he had simply replied in that language.

The second Garifuna person who he said had faced that kind of discrimination was Uwahnie Martinez of Hopkins. Ramos said that Garifuna is Martinez’s first language “…so to be told that she cannot speak Garifuna in the bank, this is unacceptable…”

Ramos said, “…I come here today to ask this honorable House to reaffirm then to the Belizean people and to all of us that discrimination will not be tolerated anywhere in this country.”

Speaking with journalists after today’s House meeting, Prime Minister Dean Barrow restated his position on the matter, saying that if the allegations are true, then such discrimination is “absolutely intolerable.”

“I associate myself completely with what the member for Dangriga said this afternoon in the House,” Barrow said.