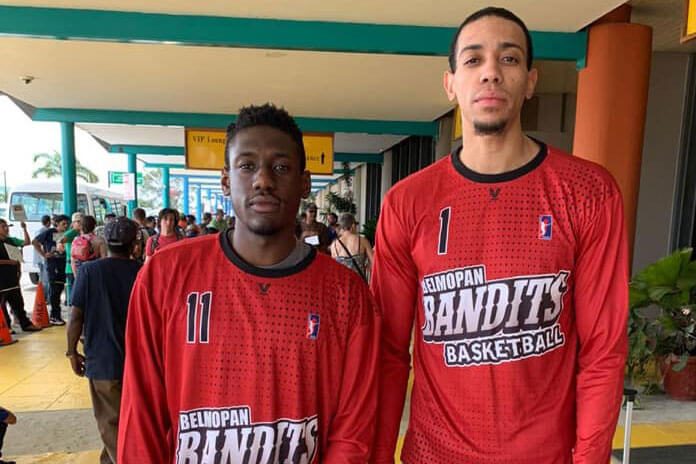 SAN IGNACIO TOWN, Cayo District, Sun. Feb. 2, 2020– The National Elite Basketball League (NEBL) bounced into Week 3 of its 2020 season this past weekend with all 8 teams playing; every weekend, there are 4 games on the schedule. All scores, standings, schedule and player stats can be found on our website at neblbelize.com. All games can also be followed live online on our webpage by clicking on the game at the top of the website. When fans click on the game, the live stats for that game will be accessible.

On Friday night, undefeated Verdes traveled to Belize City to take on the Digi Belize City Defenders at the Civic Center. The home squad sustained an early lead, to go into intermission up by 4 points, 36–32. In the third quarter, the lead was extended to 22 pts, and Verdes was able to give one final offensive surge in the fourth quarter to cut into that lead; but Defenders were able to hold on, to grab the comfortable 83–75 victory.

Digi Belize City Defenders was led by Nigel Jones with the game high 19 pts to go with 10 rebounds, while Devin Daly sank 17 pts and dished out 4 assists. Luther Page chipped in with 14 pts and grabbed 7 boards, while Mykeil Tzul finished with 13 pts, 4 rebs and 3 dimes. In a losing effort, Kris Frazier was the top scorer for Verdes with 17 pts and 8 rebs, while Leroy Louriano tallied 15 pts and 6 rebs. Devin Thomas had a double-double with 14 pts and 11 rebs, while Akeem Watters and Richard Troyer chipped in with 11 pts apiece.
With the win, Digi Belize City Defenders sprang to the top spot in the standings, while dishing out the first loss to Verdes.

After coming off a close loss in San Ignacio last weekend, Orange Walk Running Rebels had their home debut Friday night versus Benny’s Belize Hurricanes at the Orange Walk Sporting Complex. The home team jumped out to an early 22–12 lead, which they maintained, going into the half with a 40–31 lead. In the third quarter, the Rebels had a huge run, to take a 26-point lead, which they never relinquished, winning handily, 85–69.
Orange Walk Running Rebels was led by team captain Roger Reneau who tallied 20 pts, 7 rebs, 3 assists and 3 steals; while Brian White had a double-double in his season debut with 14 pts and 15 rebs. Tyrie Orosco and Dajuan Cooper chipped in 13 and 11 pts, respectively, in the win. Ashton Edwards was the top scorer for Hurricanes with the game high 24 pts, which included 7 three-point shots. Darwin Carter and Jamal Kelly had their debut for this season with 10 pts each. Benny’s Belize Hurricanes was held to 30% shooting from the field, and 26% from behind the arc.

Belmopan Bandits hosted their first home game on Friday night at their venue at the Hill Top Basketball Court. Bandits jumped out to an early 20–13 lead at the end of the first quarter, then went on a 20–3 run in the second quarter, where the lead ballooned to 40–16 going into half-time. Bandits had a 28-point lead in the third quarter, when Griga gave an offensive burst, to lose by only 6, 74–68.

Bandits was led by American import Khalil Jabbie, who had the game high with 25 pts to go with 5 steals and 4 assists; while Richard Smith III finished with a double-double with 13 pts and 18 rebs. Brandon Flowers also registered a double-double for Bandits with 11 pts and 12 rebs. Edgar “Boogie” Mitchell was the top scorer for Griga Dream Ballers with 17 pts and 5 assists, while American import Branden Sheppard chipped in 15 pts to go with the game high 20 rebs. Quinton Bowen and Delvon Henderson netted 15 and 10 pts, respectively, with Henderson grabbing 10 rebs as well. With the loss, Griga Dream Ballers is the only team in the league that has not yet recorded a win.

On Saturday night, the defending champions, San Pedro Tiger Sharks traveled down south to take on Punta Gorda Panthers, the new entrants in the league, who were the only undefeated team left standing going into their second game of the season. San Pedro jumped out to an early lead, 24–12, at the end of the first quarter, and had a 42–35 lead at intermission. However, in the third quarter, the home squad, Panthers were able to cut the lead to 1 point; and in the early part of the fourth quarter, had a 66–63 lead. The intensity of the game was evident in the entire fourth quarter, as the score remained close; but the Tiger Sharks were able to secure the 82–77 victory, after some poor free-throw shooting down the stretch by Panthers.

San Pedro Tiger Sharks was led by big man Antone Robinson, Jr., who netted 22 pts and pulled 12 rebs, while Martevuius Adams also finished with a double-double with 19 pts and 10 rebs. Jihad Wright was the third player on the team with a double-double with 13 pts and 10 rebs, while Francis Arana finished the night with 12 pts, 6 rebs and 6 dimes. D’Von Campbell was the top performer for Punta Gorda Panthers with the game high of 23 pts and 7 assists, to go with 7 caroms; while big man Julien Travis tallied 12 pts and 8 rebs, and Elsworth Itza netted 11 pts to go with 18 rebs, to remain the top rebounder in the league after Week 3.

With the win, San Pedro is atop the standings with 2 victories, tied with Digi Belize City Defenders.