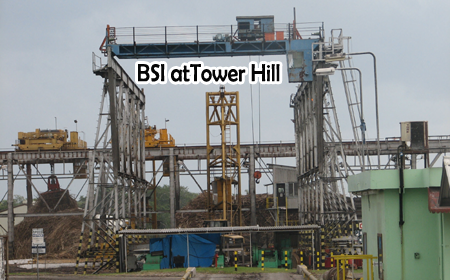 BELIZE CITY–Instead of overseeing the delivery of freshly harvested stalks of sugar cane to the Tower Hill milling factory in Orange Walk Town today, which was designated as the optimal date for the start of the 2014/2015 sugar crop season, the executives of the Belize Sugar Cane Farmers Association (BSCFA) headed to Belize City for another round of talks with Prime Minister Dean Barrow and other government officials in hopes of bringing an end to a continual gridlock which has effectively stifled the sugar industry for the second consecutive year.

After months of negotiations, which resulted in several proposals, counterproposals and exchanging of letters affirming such, the local cane farmers’ association and the sugar processors are back at square one and thus, the BSCFA, in its efforts to get the season started and avoid the degree of losses that were experienced last season, sat down once again today with PM Barrow, Deputy PM and Minister of Agriculture, Gaspar Vega, and representatives of the relevant government entities, including the Sugar Industry Control Board (SICB), at the Belize Biltmore Plaza Hotel to finalize a solution to the crisis.

When he emerged from the session almost two hours later, Barrow, who aborted the CARICOM-Cuba Summit that he was scheduled to attend, which is currently taking place in Havana, Cuba, told us about the importance of the meeting, and where the industry stands at this critical point.

He said, “Clearly, it’s important because we need the crop to start. Without the crop, the entire economy of the north will be terribly affected; lots of farmers who owe money to the banks will face the pain of foreclosure, and it’s just unthinkable that we shouldn’t have a crop. The idea is, again, just to get clear from the farmers precisely what their position is, and thereafter, to take that to BSI/ASR in an effort to bridge the remaining gaps. I don’t think those remaining gaps are huge. I think they are bridge-able, and so I will be making every effort to get ASR [American Sugar Refineries] and the BSCFA to finally agree.”

While reiterating that the farmers are showing “a great deal of flexibility” in their adjusted proposals, Barrow was reluctant to get into the “specifics” of the BSCFA’s strategy, citing his upcoming meeting with the principals of ASR.

“We’re in a position where we can get this thing done [because] I believe that there is room in which to maneuver, [since] certainly the hope is to have a [sugar cane crop] season before Christmas”, he remarked, as he informed us that his only disappointment would be if there is still no agreement after his meeting with ASR.

In the meanwhile, BSCFA Committee of Management chairman, Ezekiel Cansino, acknowledged that the cañeros are experiencing pressure as a result of the unending impasse, and therefore, the association had decided to bend to BSI/ASR’s demands in relation to the quantum payment for bagasse; however, they expect something in return.

“We believe it [BSCFA’s proposal] is more flexible [than before] and as cane farmers, we feel that indeed we are going too far insofar as being flexible, but we are trying our best to get to an agreement, and we hope that this time, we get through this impasse and if not, we are seeking other options”, Cansino commented.

Those “other options”, he said, include a protest which the PM has since been made aware of, and which, we understand, he (Barrow) even promised to join if needs be.

While the BSCFA is saying that it is being as flexible as it can be, BSI/ASR has been hesitant to make any accommodations on its 51-cent bagasse payment proposal, which Cansino told us that the association might have to take for the sake of the season, and by extension, their livelihoods.

At this time, there is no word on the deferred date for the start of crop, but it is almost certain that it will not be this week.

A close member of my country family got swabbed and was found to be COVID-positive, and even though the result of the test took...
Read more
Features

“Politics is the art of looking for trouble, finding it whether it exists or not, diagnosing it incorrectly and prescribing the wrong remedy.” Ernest...
Read more
Features

A blowout every which way, but…

Last Wednesday’s general election was a blowout, a rout, a 26-5 shellacking that not even the world’s most dedicated optimist could find a bright...
Read more
- Advertisment -