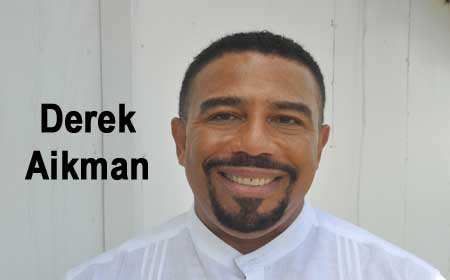 PUP and UDP major concession to Guatemala — 9 miles of sea

BELIZE CITY, Thurs. June 15, 2017–In its entry on the United Nations Convention on the Law of the Sea, Wikipedia, the free encyclopedia says, “As of 28 May 2008, only two countries still use the 3-mile (4.8 km) limit: Jordan and Palau. That limit is also used in certain Australian islands, an area of Belize, some Japanese straits, certain areas of Papua New Guinea, and a few British Overseas Territories, such as Anguilla.”

Just how Belize came to limit its territorial sea to 3 miles, instead of the 12-mile limit to which it is entitled under the Law of the Sea Convention has to do with a major concession to Guatemala that was orchestrated by the United Democratic Party government of Prime Minister Manuel Esquivel in 1984-1989 and passed into law by the People’s United Party government of 1989-1993, led by Prime Minister George Price.

“Prior to the disclosure that was made to me about 10 or 15 years after the whole thing has passed [the Maritime Areas Act], from what I knew then as a member of the UDP Cabinet from 1984-89 and thereafter as a member of the Opposition when we lost the election in 1989, the first time I heard of a Maritime Areas Bill was at a meeting called by the Party Leader, Dr. Esquivel, the Monday night of the same week when the PUP would introduce the bill that Friday in the House.

“He called a meeting of all of us elected members on King Street [the UDP headquarters was located on King Street in front of Dit’s Restaurant] and said to us that the PUP would introduce a bill in the House on Friday called the Maritime Areas Bill. It would be a bill that would not claim our 12 miles of territorial sea in the south. It would only claim 3 miles and the other 9 miles would be given to Guatemala, as their territorial sea. That was the gist of the Maritime Areas Bill,” Aikman revealed, “and that he wanted us to support the bill.”

“When he finished, I was the first person to react to him, and I told him, Mr. Esquivel, I cannot believe that I have lived to see the day when the UDP party would be ceding territory to Guatemala. That was always something the PUPs would do, not the UDP. Sir, I am telling you to your face, I will not support that,” Aikman continued.

Aikman said the meeting continued and Sam Rhaburn and Hubert Elrington said they would not support it, and so did Philip Goldson.

“Everyone else was like, well, Mr. Esquivel, if you support it, then I support it,” Aikman said, in describing the reaction of his fellow UDP elected members.

Aikman explained that when it was time to vote on the bill in the House, he asked for a division of the House so that his dissent could be recorded.
Aikman said that after the bill was passed in the House of Representatives, Mr. Esquivel and Dean Barrow joined forces with George Price and Said Musa and went around the country “selling” the bill to the country.

Aikman said that about a year before the 1989 general elections, Dean Barrow, who was Minister of Foreign Affairs, went to Roatan, Honduras, at one of those meetings with Guatemala and he offered to the Guatemalans the substance of what would later become the Maritime Areas Bill.

“He [Barrow and Esquivel] knew about it from then, but we never knew anything about it until that Monday night, before the Bill would be introduced in the House, when PUP was the government. It is because they had to be the one to run with the ball, but Dean mi done kick the ball in the goal post when he was Foreign Minister in our term,” Aikman said. “It is just that we were never told anything. So we, too, mi think da PUP initiated the thing,” Aikman disclosed.

Aikman went on to explain that under the Bi-Partisan Commission, Dean Barrow was influenced by Said Musa to make the concession to the Guatemalans.

“While he (Barrow) was the one to present it at the Roatan meeting, it was something the PUP also wanted,” Aikman said.

Amandala asked Aikman if there was not some foreign power, Washington, Guatemala or Britain, influencing the Belizean leaders in the direction of the Maritime Areas Act.

Aikman said he doesn’t know the answer to that question.

Amandala asked Aikman if we should reclaim the 9 miles that we gave up under the Maritime Areas Act, since it appears that we have lost some sovereignty over the Sarstoon River, and the government is saying to us that the International Court of Justice is the only way to solve the Guatemalan claim.

“That is the main consideration that made me decide that the Belizean people have to know the truth, and what preceded this time, from where I stand and what I know. And knowing what I see ‘Sedi’ [Foreign Minister Wilfred Elrington] taking us through right now, I am forced to believe that some more shenanigans just like the Maritime Areas Act have gone on, especially when I see what is happening with the Sarstoon. They have already surrendered that to the Guatemalans, just like they did the 9 miles of territorial sea that they never told the people about.

“Anybody with any sense could tell that ‘Sedi’ di lie to wi. The stories are so ridiculous and outlandish. We have to wait for the Guatemalans to put in place a protocol for us to go there? This is hogwash,” Aikman said.

What about the Foreign Minister’s pronouncement that we don’t have clearly defined borders, Amandala asked Aikman.

“Again, that is hogwash. So we have been living a lie?” Aikman responded.

“What is your take on Belize going to the ICJ?”, Amandala asked Aikman.

Aikman explained that under the Compromis that Belize and Guatemala signed, Guatemala is going to have their referendum in October, and if they vote no, Minister Elrington is saying that we should still go ahead with our referendum.

“It’s a misplaced notion that should have no ground, and I will personally campaign to make sure that we don’t go to no ICJ,” vowed Aikman.

We asked Aikman, “If you were asked to advise the government on the Maritime Areas act right now, what would you advise them to do?”

“They need to repeal it. Get it off the books so that we can reclaim our 12 miles of territorial sea. If we go to the ICJ, [then] there can be no precedent before the court to show that Belize had given up territory to Guatemala. I don’t care how much money they spend on their campaign, I believe that Belizeans will reject going to the ICJ.

“However, because of seeing the desperation in the government to get a yes vote, I would not rule it out that they would try to bribe people with money to go and vote yes in the referendum. That is my biggest fear,” Aikman answered.