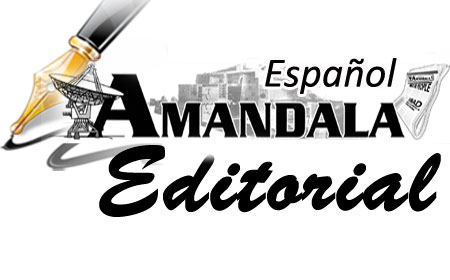 The UDP hierarchy giving Hon. John Saldivar the green light to run in the UDP leadership convention set for Sunday, July 12, could be viewed by some of the party’s members as an endorsement of the results of a previous leadership contest, on February 9, which Saldivar won convincingly, outdistancing the only other candidate, Hon. Patrick Faber, by 115 votes, 342 to 227. More likely the decision to allow Saldivar to run again is based on a pragmatic interest in the party’s cohesion.

The UDP’s delegates voted for Saldivar in February, and the hierarchy negated the results three days later when rumors of his association with American fraudsters were proven true in a court in Utah, USA. Saldivar was stripped of his portfolio and kicked out of Cabinet for a second time in four years, and was forced to resign as leader-elect of the UDP.

On July 12 we will find out if the majority of the UDP’s delegates still support John, since the party’s hierarchy has chosen to allow them to decide if there is any consequence to the confirmation that what was speculated about in February is a fact — that he took money from fraudsters, and he was not honest to Cabinet about it.

This time it is a three-man race, but the 53-year-old Saldivar is still the star, or the villain, because of his associations. When Saldivar won the convention on February 9 he was already carrying the baggage of a financial association and friendship with William “Danny” Mason, a man who now sits in jail because of a murder conviction, and his proximity to, if not direct involvement in, the immigration scandal. He is carrying even more baggage now.
Before the last convention, the smell of that fraud case in Utah was already heavy in the air, and the Prime Minister, Hon. Dean Barrow, had asked the members of his government if any of them had accepted money from the men on trial. At that Cabinet meeting, Saldivar and all others present replied in the negative. Faber, who was out of the country at the time the question was posed, issued his denial later.

The Prime Minister had warned that if it was found out after the convention that any of the candidates had lied to him, they would have to leave the Cabinet. The crown was just settling on Saldivar’s head when his relationship with the fraudsters was revealed in a US court, and he was out in the cold.

When the UDP announced another leadership convention, for April 5, 2020, Hon. Saldivar, to the surprise of many, within the UDP and without, announced his candidacy again, purportedly as a foil to Hon. Patrick Faber, who had entered his name in the race.

The April 5 convention had to be postponed because Belize was in lockdown for the entire month of April because of the COVID-19 pandemic which has gripped the world, but by then, there was a wider field consisting of five candidates, the others being Hon. Omar Figueroa, Hon. Wilfred Elrington, and Hon. Senator Darrell Bradley. Bradley and Figueroa have withdrawn their names from the July 12 convention.

For years Belize’s social partners have been calling for campaign financing laws in Belize, and the National Trade Union Congress of Belize had, in a six-point agenda they presented in February, declared that they wouldn’t support our going into the next general election if our leaders hadn’t satisfactorily addressed that matter and other demands.

Immediately after declaring his candidacy a second time, Saldivar, on his Facebook page, and on Love FM, declared that he was guilty of no crime, that the monies he accepted from the fraudsters were merely campaign contributions, with no strings attached.

Saldivar told Love FM that he supports campaign financing laws, but cautioned that such laws could drive legitimate contributors underground. Saldivar said that a businessperson would be hesitant to reveal what he or she contributed to a party, for fear that if another party won, they would be victimized, and that could mean that government might end up having to fund political campaigns. Saldivar has said that he invested “the campaign contributions” in programs for youths in Belmopan, and that he provides assistance for people in his constituency who find themselves in “dire circumstances.”

Saldivar’s supporters say a politician shouldn’t be blamed if someone who donates to their campaign is found out later to be a crook; however, in the wider world, one of the prized attributes people look for in leaders is judgment. It cannot be overlooked that a victory for Saldivar would be an “in your face, PM Barrow”, even if he and his supporters try to downplay that at this time.

The other two candidates in the race —Faber, who is Minister of Education, Youth, Sports and Culture, and Elrington, who is Minister of Foreign Affairs, are not associated with any financial scandals, thus they have not been nearly as much under the microscope as Saldivar has.

It has not been clear sailing for the 42-year-old Faber since the last convention because a number of persons employed in the many government ministries he heads have been casualties of the tough economic times brought on by the COVID-19 pandemic. Recently, there has been some upheaval at the University of Belize, which falls under his education portfolio.

To win, Faber will have to win over a lot of people who voted against him the last time around. If it was a straight head-to-head battle between him and Saldivar, he would have to keep his base and swing over 58 of his opponent’s supporters. If the UDP faithful are looking for a leader who is not tainted by “campaign contribution” scandals, the crown will be his on Sunday.

Elrington, 71, is the only person in Belize’s history to run as an independent or third party candidate and defeat a candidate of one of the major parties. He was in the forefront of the news for a number of years as he successfully steered Belize to a date with Guatemala at the ICJ, where Guatemala’s claim to Belize will be finally resolved, but he has not been in full battle mode for this convention, decidedly not. The story is that he is only offering himself to be leader of the UDP because the waters ahead are turbulent, even dangerous, and he believes his experience could help our country navigate through to safe harbor.

Hon. Wilfred Elrington, as proven, has his share of loyal supporters, and it is not impossible that the title could fall into his lap on Sunday. It’s far more likely, though, that his role will be to help determine if “campaign contributions” matter.

The state of our foreign exchange reserves is always a big concern for Belize because, primarily, it supports our dollar which, since 1976, has...
Read more
Editorial

The Prime Minister, Hon. Dean Barrow, called a press conference on Friday to outline an economic recovery plan for Belize, and throughout the session...
Read more
Editorial

There is only one way to interpret the proposal from the receivership at the Port of Belize Ltd. (PBL) that an international mediator be...
Read more
- Advertisment -