What about “Don D,” Griga must honor the legend, says Winty J 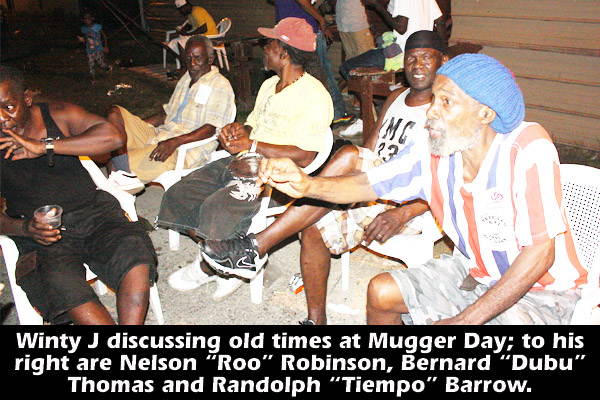 Veteran footballer/musician Vincent “Winty J” Johnson stopped by the sports desk this morning to express his and the Roo’s appreciation for all those who turned out for the Mugger Day last Sunday, September 15, at the Third World field. “It was a beautiful day and everyone had a good time together,” noted Winty J. “The Mugger’s wife, Sylvia, was especially touched by the turn out. And would you know” he continued, “that the day which the nation just marked as National Service Day in memory of the passing of Father of the Nation, George Price, September 19 was also the Mugger’s birthday?”

Looking ahead, Winty J said that he thinks it is about time that citizens of Dangriga pay tribute to one of their greatest football legends, Daniel Lino, popularly known as “Down the Line,” “D-Line” or “Don D” to his many fans. “That man was a bundle of talent and a personality that was much bigger than sports,” remarked Winty J. “Don D” was a good basketballer, a top footballer, one of Belize’s best, and also a top boxer in Belize; but he was also a real culture man, who played the drums and sang, and was always active in Settlement Day celebrations.”

Winty said that he will be travelling down to Griga soon, and suggest to the brothers down there that maybe something could be done around this year’s 19th celebrations to honor the memory of the great D-Line.