Home Highlights When EMS is not really express: customer insists on compensation
Highlights

When EMS is not really express: customer insists on compensation 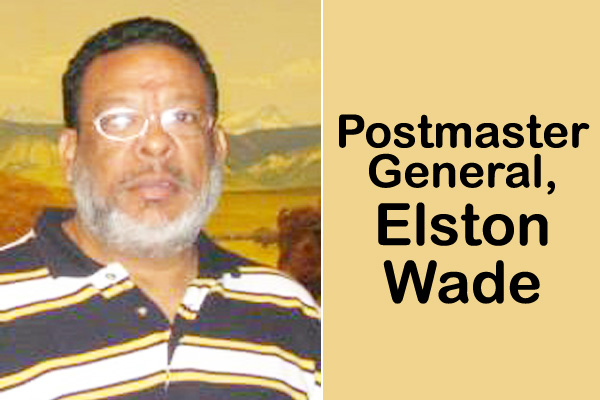 Belizeans frequently interface with the Postal Service, and while most mails are delivered within a reasonable time, some mails may be delayed, some lost or some damaged in the course of their conveyance from the sender to the addressee.

Customers who want a more prompt and secure mail delivery service – which allows them to track their mails from departure to arrival—may opt to use the Express Mail Service (EMS). What happens when EMS does not deliver, as promised? Paul Palma insists that customers should be compensated, as, he said, the Post Office has promised.

Palma said that on Monday, January 13, he paid $150 to the Post Office in Dangriga to deliver 3 envelopes (containing school recommendations and transcripts) to US schools via Express Mail. Late arrival of such a package could have meant an outright disqualification of the application to the schools.

According to Palma, the Dangriga Post Office indicated that the packages would have been delivered in 3-4 business days. However, the online tracking showed that on Friday, January 17, the packages were still in Belize City.

When someone sends an Express Mail through the Post Office, they are given an EMS receipt with its tracking number.

Palma said that online tracking information indicated that the packages did not leave Belize until after his query. He said that the post office has not denied that his packages were delayed.

“I don’t know how many people have experienced this issue or overlooked that their package was delayed and not realized their receipt states that the post office may provide compensation in respect of delay,” Palma said.

“It seems ridiculous that the Post Office will include such statement and then would claim they have no procedure in place to provide compensation. There must be some sort of legal issue with misrepresentation of intent,” he added.

Palma notes that at the back of the receipt, the terms of service are stated, and that, he said, includes a section on compensation. In this section, item number 15 states that the Post Office may provide compensation in respect of delay of or damage to EMS items.

“The Post Office may, at its discretion, provide limited compensation in respect of delay of or damage to EMS items,” said Palma, quoting the section.

He told us that he has been testing this covenant, but Wade has told him that the Post Office cannot compensate him.

When we spoke with the Postmaster General today, he said that Palma may only qualify for free postage – not cash compensation.

In his account to our newspaper, Palma notes that he incurred additional expense in trying to ensure the arrival of his packages to the US schools. He said that he called the post office and later drove 15 miles to Dangriga Town to check on his mail; but they said that the US was normally late in updating the online site. Palma says, though, that based on his experience, he knows this is not the case.

“On Jan. 18, Saturday: Online update shows packages arrive in Miami — the post office told me they used AA to send mail to Miami. I assume this which must be a direct flight on Saturday, after my prompting on Friday,” Palma said.

He indicated that the packages did not arrive at their final destination until Tuesday, January 21. Based on the information he had received when he posted the package, those packages should have arrived by Friday, January 17.

For his part, the Postmaster General told Amandala that the terms of service says compensation “may be paid” at the discretion of the Post Office, but it does not give a guarantee.

He said that they have reviewed the case in question and decided it was a small delay that was done outside of Belize, so they did not think it warrants cash compensation.

He said that delays do occur at times and they have found that with the EMS service, a certain percentage of the mails take a few days longer.

Wade said that there are cases where the delay may be in clearing Customs in the US or Canada, and the US does not compensate for such delays – so neither can Belize pay its customers for such delays.

In the event that the delay is substantial—beyond a week—the post office would consider compensation – not monetary compensation, though, but free postage.

We asked Wade whether Palma’s case would qualify for “free postage” and his reply was: “I would not say no. I think he would have a case.”