Home Headline Ex-lover stabs up woman, then hangs himself
Headline

Ex-lover stabs up woman, then hangs himself 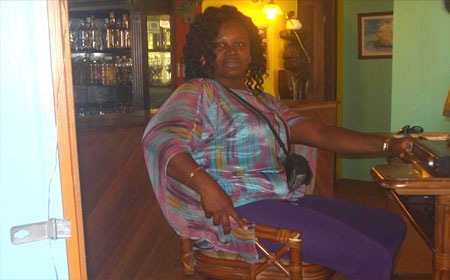 SEINE BIGHT–A woman who had reportedly ended an abusive relationship was attacked and stabbed multiple times on Saturday morning in Seine Bight by her ex-lover, who then hanged himself.

Police say that Byron Castillo, 33, a teacher, stabbed Nicole Swaso, 34, multiple times in the abdomen, chest and neck area at about 10:30 Saturday morning in front of a Chinese store in Seine Bight, and when she fell to the ground, Castillo ran to his house, and, believing that she was dead, put a rope around his neck, attached it to a beam in his house, and hanged himself.

People in the area rushed Swaso to the Placencia Polyclinic. She was admitted to the Intensive Care Unit in a critical condition, and doctors there worked diligently to save her life.

After learning of the incident, police went to look for Castillo at his home, but when they entered his house, they found him hanging by the neck from a rope. He was taken down and rushed to the Placencia Polyclinic, where he was declared dead on arrival at about 12:30 Saturday afternoon.

Amandala was told by a neighbor who knew them that the couple’s relationship had been tumultuous, and that Castillo had been habitually abusive to Swaso, who had gotten enough of the abuse and ended the relationship.

On Saturday, she was by a Chinese store on the main street of Seine Bight talking with a female friend when she was attacked and stabbed by Castillo. A number of persons were at the store when the attack occurred, we were told.