Home Headline An eye for an eye?
Headline

An eye for an eye? 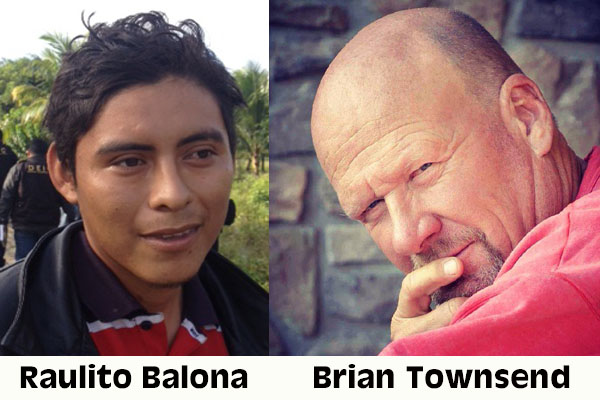 Murder suspect killed in Arenal; victim is the second suspect, in the murder of a Canadian missionary, to be found dead

The remains of a murdered Canadian missionary, Brian Townsend, 68, was discovered by Guatemalans on December 27, 2013, in Arenal, a village that straddles Belize’s border with Guatemala (part in Belize and part in Guatemala), and now, authorities on this side of the border have confirmed that the two suspects in that murder case have both shared the same fate.

According to Benque Viejo police, Raulito Balona, 21, was found shot to death in the western village of Arenal sometime over the past weekend, which is the same village where the decomposed body of the missionary was found.

The discovery of Raulito Balona’s corpse has occurred less than a month after his elder brother was killed.

Although Amandala understands that the police are still gathering the pertinent information surrounding the Balona brothers’ murder, the Officer Commanding the Benque Viejo Police Formation, Assistant Superintendent of Police Dinsdale Thompson, today told us that they are contemplating the fact that both of the main suspects in Townsend’s murder are now deceased, although it would be premature to believe that there was actually a connection between the murders of the two suspects at this juncture.

Thompson said, “We understand that Raulito Balona, who was one of the suspects in Brian Townsend’s murder, was found dead in Arenal in Guatemala. His parents have since gone to recover his body. We heard from them that he was shot, but that is the only information that we have at this time until we get to speak with his family later on.”

Thompson said that he cannot conclude that Balona’s killing had anything to do with Townsend’s murder, because it is “just a speculation,” and there could have been other reasons for their murder, since the two brothers, who were the main suspects, were also “known lawbreakers.”

The grisly murder of the Canadian national was widely publicized after he was abducted from his home in Valley of Peace Village in the Cayo District sometime during Christmas Eve night, December 24, 2013. Townsend’s domestic had showed up on Christmas morning to cook him his Christmas dinner when she discovered him missing.

After a frantic search by concerned villagers – who were later joined by his son Kory, who came all the way from Canada – his mutilated body was found three days later on the banks of the Mopan River in Arenal.

Police were unable to find the two prime suspects in that murder, who were believed to be two brothers – Marlon Effrain Flores and Raulito Balona – who both resided next to Townsend’s home in Valley of Peace.

Since then, both suspects have turned up dead – both violently killed – a few weeks apart. The body of Raulito’s brother, Marlon, was discovered by a villager in some bushes off a feeder road in La Gracia in the Cayo District on January 19, 2014. He had been bludgeoned in the neck and chest and subsequently died of those injuries.

Raulito Balona was reportedly born in Belize, but also possessed Guatemalan nationality. It is still uncertain whether his body will be brought back to Belize for burial.