Family pleads with public for information about their missing loved one 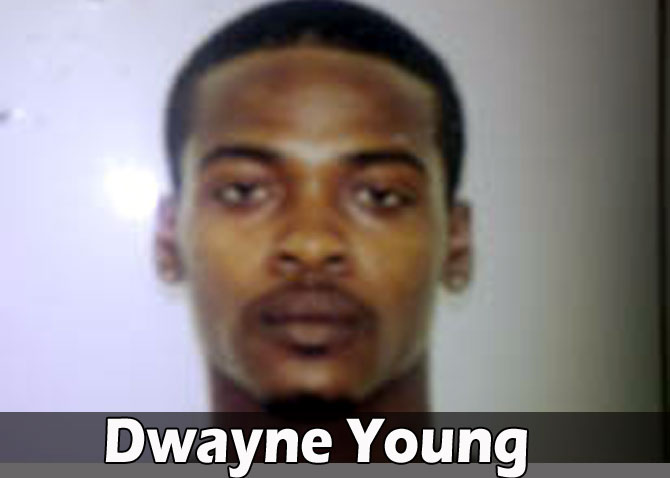 BURRELL BOOM—The family of a Burrell Boom resident who has been missing for the past 10 days is currently in a state of extreme anxiety, while their minds remain puzzled about his whereabouts following a domestic dispute at his girlfriend’s residence on the day of his disappearance.

Amandala understands that Dwayne Young, 24, went to his girlfriend’s house at about 12:00 midday to have lunch on Monday, July 28, where he allegedly got into an altercation with her and an unidentified young man who was there (at the house) at the time, and he has not been seen or heard from since.

Today, we spoke to his sister, who told us about the events that led up to Young’s disappearance, and explained that the family is desperately trying to locate her missing brother.

She said that Young, who occasionally stayed in Los Lagos with his mother, was last seen by his family on Monday, July 28, when he left for work at 6:00 a.m.

Young works as a caretaker at an establishment located near the Burrell Boom cutoff on the Philip Goldson Highway, which is less than five miles from his residence, and he would normally go to his girlfriend’s house for lunch every afternoon.

According to the family, Young saw a vehicle parked in front of the house on that day, and after making subsequent checks, he met another young man inside the house, with whom he later got into a quarrel.

Young’s sister mentioned that the young man then accused Young of later breaking the windshield of his car, after which Young was allegedly assaulted by the young man and one of his friends.

She explained that Young then left the premises and went back to work, but not without being threatened by the young man, who reportedly told Young, “I wa get back to you.”

Since then, Young has gone missing, and his family believes that he might have been a victim of foul play based on the events that transpired prior to his disappearance.
Young lived on his own in Burrell Boom, and after making several checks at his home; his relatives have no indication of his whereabouts.

This past Monday night, the young man with whom Young allegedly had the altercation was detained by police; however, he was later released in the absence of tangible evidence to link him to Young’s disappearance.

Young’s girlfriend was also detained for questioning, but was later released as well.

Nevertheless, the family told us that police in the area are working with them to crack the case, and today, Amandala spoke to the newly appointed Rural Executive Officer, Inspector Frederick Gordon, who said that police have no leads at this time; however, they are asking the public for any information that could lead to Young’s recovery.

The family, who is also pleading with the public for information to find their missing relative, told us that it’s hard to cope with the exasperating situation because Young is both loved and missed by all his siblings.

Young’s worried sister made a frantic request to whomever may know the whereabouts of her brother, saying, “We don’t care how we get him back. We don’t know where he is, and we are tired of worrying where he could be. If anyone knows, or even hears where he is, please give us a call or at least send us a text so that we could know. All we want is for them to find it in their hearts to give him back to us, regardless of what he did.”

If you have seen or heard anything about this missing person, you are urged to contact the police or call Dwayne Young’s mother, Fanina Flowers, at 601-2221.