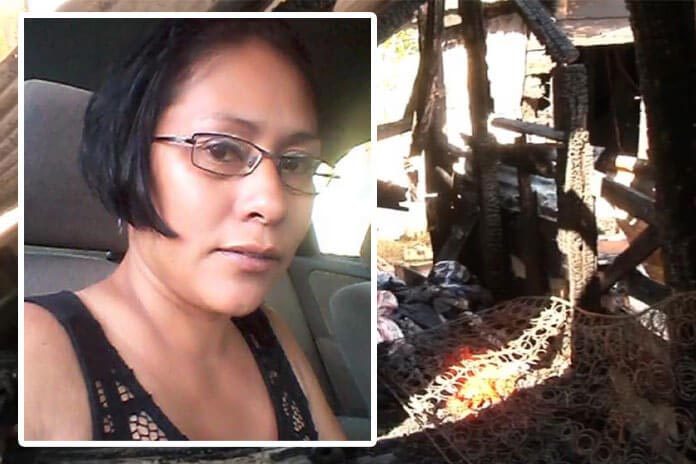 BELIZE CITY, Mon. Jan. 6, 2020– Nine people are homeless after a fire that erupted on Thursday afternoon in a house on Flamboyant Street destroyed two houses in the same yard. The houses were owned by the Moralez family, and the tenants of the two houses that were destroyed lost all their household furnishings and other belongings.

Both houses contained two apartments, which means that a total of four apartments were destroyed. There were minor damages to another house in the yard, occupied by Edilberto Garcia. 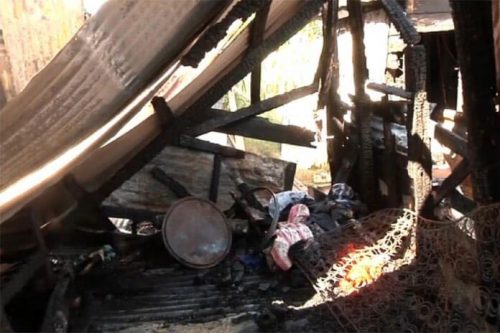 Elaine Reina, a 33-year-old mother of three children who was sleeping in the house where the fire reportedly began, suffered extensive burns to her body. Reina was rescued from the blazing fire by brave neighbors who removed a side of the house and made a forced entry to rescue her. One of the men who rescued her said that when they got her from the blaze he observed burns on over 50% of her body. Reina was rushed to the Karl Heusner Memorial Hospital, where she was admitted in a critical condition. Latest word to us this afternoon is that she is in a coma and has a slim chance of survival.

Edilberto Garcia told us that Reina does not live in the yard but goes there to visit her brother frequently. Her brother was not at home at the time and she fell asleep in his apartment. Garcia said that she was already suffering burns when they got to her, and they had to throw water on her to wake her up.

Anthony Mortis, Station Supervisor for the Belize City Fire Service, told the media this afternoon that the cause of the fire has not yet been ascertained, but they have eliminated arson and cooking in the house as possible causes. However, a high-ranking official of the National Fire Service who was at the scene of the fire yesterday pointed to an illegal connection from a lamppost and also noted that the house to which the connection was made did not have an electrical power meter.