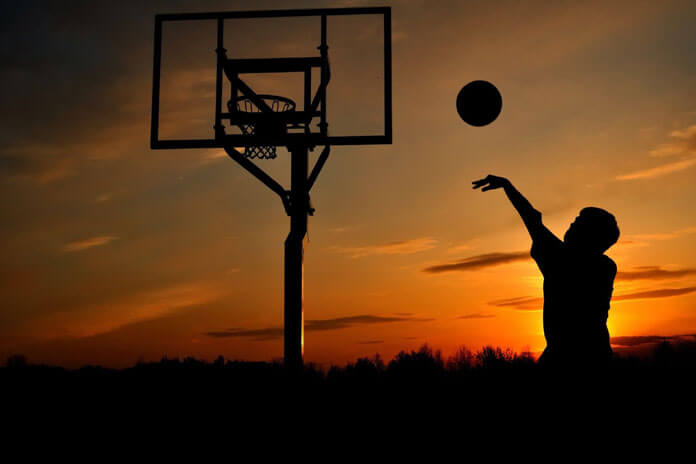 Sun. Apr. 19, 2020– Greetings, Charles X. This is a flashback of some memorable days in Natius schoolyard that you may use in your column.

I would’ve been spending my Easter holiday in Belize, but all plans had to be cancelled due to this pandemic. As I comply with the COVID-19 Shelter in Place Executive Order from our state officials, it gives me even more time to reminisce about the past as I continue to enjoy life.

Pardon the grammar and structure. It’s a spontaneous glimpse into some fun memories from Natius while I’m watching TV.

When basketball started at Natius, there were many memorable moments, but this one stands out because it’s directly connected to the game. There was a player who yelled “TWASH,” mimicking the sound of the net as the ball was going through. “Twash” caught on, and almost everyone yelled “twash” when they scored. It became a part of the basketball lingo. Eventually, the player’s nickname became “TWASH.” This was before “swish,” “booyah,” “nuttin but net,” etc. His warm-up before he played a game consisted of shadow boxing and some calisthenics. He was a relentless competitor on the court, but off the court was a humble person. His career was short because he migrated to the US. He eventually repatriated to Belize upon retirement.

Whenever I return to Belize and see him I yell “TWASH,” and that big smile becomes visible on his face, acknowledging that it’s someone who knew him from the distant past. We usually exchange pleasantries and sometimes reminisce about the old days. This brother is from a family of great Belizean athletes. His name is Bernard Lightburn.

The much respected Bernard “Twash” Lightburn.

Natius developed its own culture within the boundaries of its schoolyard with many moving pieces involving education and sports. On any given day after school hours you would find several types of games going on simultaneously; football, basketball, volleyball, and handball were the favorites, but you could also find marbles, top, caparuche, roller skating, and sometimes a dice or card game.

Saturday and Sunday were reserved for bet games, which were intense and highly competitive; nobody wanted to lose. What was understood about these bet games, was that it did not matter which team you had played for during the season; if you got picked, you play. Some days started with football in the back yard. In retrospect, it was amazing how players used to navigate going around the base of the bell which was within the boundaries of the field. You’ve heard the phrase “band it like Beckham;” well, bend it like Mamboco (Bob Myvett) and Earl Quilter, because some shots to the goal were taken from around the base of the bell.

The bell was rung daily at specific hours by members of the Bradley family, Chan, or Eric Neal. All activities in the schoolyard stopped when the bell rang for a moment of silent individual prayer and to signal time for mass. The Bradley family lived on the school grounds in a house located behind the main school building near Amara Avenue.

After short breaks, cooling off and having refreshments from Las Vegas, Soberanis, Stanford and T, Vito’s, it was on to the basketball court to engage in more bet games. Depending on a full-court or half-court game, volleyball would be playing on the vacant half court. “Capito” (Jimmy) Lawrence or Frankie Flowers set to Cama (Wilton Cumberbatch) or Jimmy Harris for a kill/spike was a highlight reel.

After the basketball game was over, there would be bets on foul shooting. Gilbert Gomez, Frankie, Paddy (Richard Gomez) were three of the better free-throw shooters.

There were times when a game would be played into darkness until Father’s notification to vacate the yard in preparation for night mass at the church. At times we would sneak in and play in the darkness until Father ran us out of the yard. This activity caused Father/CYO to start removing the rims from the backboard. This temporary setback did not impede our love for playing and developing our game. This safe haven produced many legends and All Stars, subsequently setting the stage for the next level of basketball that followed.

During this time, there was major construction happening in the yard – a new two-storey school building with about ten classrooms and also renovation of classrooms in the original building; but none of this impeded the daily activities.

Many of us kids took some “a-whipping” from our parents who told us not to leave the house, but “We mi like go walk bout, ahn we mi like play.”

Keep the ball bouncing/rolling with some more of your flashbacks.