From British Honduras to Belize: one family’s drama 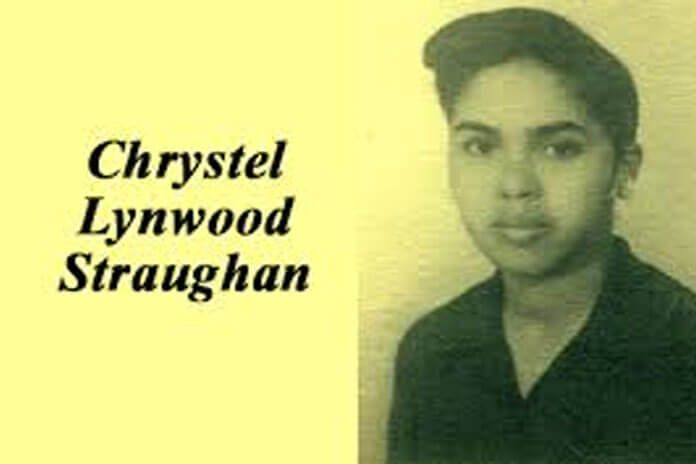 A novel written by the late Chrystel Lynwood Hyde Straughan

When Matron arrived in the capital, she had been met at the wharf by Mr. Reg, (as we children called him ever since we made our appearance in the world some years later), who accompanied her by the horse and buggy used for transportation in those days to my grandmother’s home and made the introductions. After promising to take her to the government hospital on Monday (this was Saturday) he had left.

The local expression when friendships are instantaneous that “their spirits take” to each other describes Matron’s and my mother’s meeting on that Saturday, and it continues to this day. They became each other’s confidante and support throughout all their experiences and were just like sisters, serving as Maid or Matron-of-Honour at each other’s wedding.

People who have been blessed with wonderful mothers, or with aunts or other persons who have filled that role in their lives, will empathize with me for wanting to testify that mine has been motherhood personified. She is known as a thoughtful, generous, hard-working, God-fearing, caring person, not only to her family but to everyone she meets.  If she can’t say something nice she will keep her mouth closed.  She will make a joke now and again, but is not jovial like my Dad, being of a serious disposition.  Although shy herself, she is easily approachable; and it is truly amazing to her family how many people know her and easily confide in her.  Although strict, she did not believe in lashing, and my brothers say she can shame you so much by scolding that they sometimes wished she would use the belt instead.

Mama says that from the day Matron entered the hospital to the time she retired, she threw herself into her work with such dedication that she became well-known to people all over the country.  In those days there were no clinics in the other districts yet, so people came to the hospital from villages, cayes, towns, settlements, etc.  She treated all her patients well and was knowledgeable about and efficient in her work. People came to hospital asking for her both by name and description: the one who gave “easy” injections, the one who took time to see that you got the attention you needed if you were uncertain where to go, the one who was at work promptly and did not leave by the clock but stayed to tie up loose ends.  Sometimes patients in pain held on to her after she was due to go off duty, but she would stay until they could be calmed down and coaxed to release her.  Both colleagues and patients recognized that her dedication was genuine and not just in order to be promoted.  Every subordinate knew her motto – that where she was concerned, the patient was always the priority.  She would accept the reason of responding to a patient’s urgent need as a valid excuse for being tardy in performing some minor task, for instance; and treated all alike – white, light or dark, from village or town, with means or poverty-stricken – English-speaking or incomprehensible.  She would call on anyone willing to help her understand what a patient was trying to explain about his ailment if he couldn’t express himself clearly.

Reginald St. John was popular, moving easily in all levels of society. He was in the real estate business and kept formal office hours in the downstairs apartment of his two-storey dwelling on the front street of the capital, which, at the time, was really only a large town but called itself a city.  An adult once told me when I was a child that this was because it was the seat of two Bishoprics, Anglican and Roman Catholic, and I was too young at the time to question whether this was so.

In those days young men passed the time after office hours playing cricket and billiards, attending horse races, going to the picture-show (silent movies), and dancing at Social Evenings.  Mr. Reg, who was well-off, would treat his lady friends at the ice-cream parlours and go with them for walks on the Foreshore, Fort or Barracks on a Sunday evening.

Not until after six months of her training was Matron called upon to do night duty and during that early period she spent her time off from work in the evenings helping Mama with ironing clothes and other housework, accompanying her to the recently opened public library or attending Bible studies held in the building housing the Anglican secondary school for girls.

On those Sundays when she wasn’t working, Matron and my mother attended Communion service at 9.00 o’clock in the morning and Evensong at 7.00 p.m., and during that time Mr. Reg, after first gaining permission from my grandmother, sometimes escorted her and Mama to the church services and for walks before Evensong. Those were formal times and, although not nearly as rigid as Matron was used to, young people of their class were under strict parental control and rarely acted spontaneously.

One day at work one of her colleagues had asked Matron if Reginald St. John was a friend of hers and, being reserved, she had enquired as to the reason for the question. The answer had been shockingly straightforward: there was a rumour going around that his housekeeper’s daughter was pregnant for him. Stunned speechless, she had raised her eyebrows and walked on, trying not to show her agitation.

On arriving home she had asked Mama if she had heard anything about the rumour, she replying that she had, but had not paid any attention to it.  They discussed at length whether it should be brought to my grandmother’s notice, but decided against saying anything to her yet.  Being very disturbed by it, Matron had pondered whether as a friend she had the right to speak with Mr. Reg about it.  She had grown to appreciate his friendship and admired his courteous and mannerly treatment of everyone, high and low.  Could his behaviour have been misunderstood by others and be the basis for speculation?  She could not conceive of there being any truth to the story!  Then there was the effect on his reputation! After considering the problem over and over from all possible angles and still remaining indecisive, she had put it out of her mind altogether.

Matron remembered her father’s words about being responsible, and resolutely faced up to what it began to entail.  Normally even-tempered, she had caught herself once or twice speaking tersely to her colleagues at work, and addressed herself sternly to compose herself and behave like an adult.

(Chapter 9 of From British Honduras to Belize in Friday’s Amandala.)