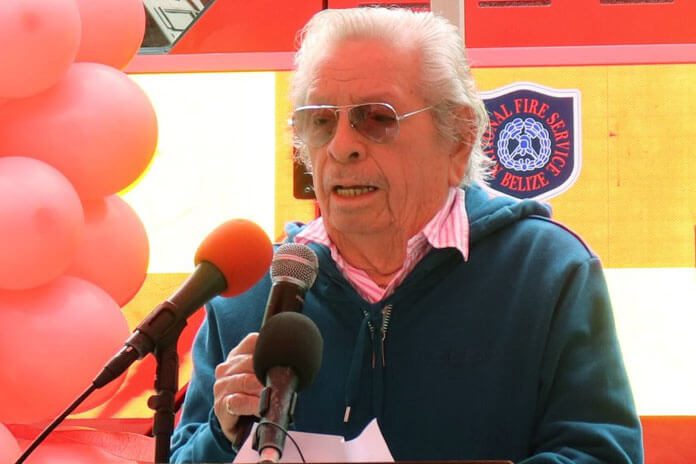 When the United Democratic Party (UDP) was formed in September of 1973, out of an amalgam of the National Independence Party (NIP), the People’s Development Movement (PDM), and the Liberal Party, the average person would have expected that the new party would have been dominated by the NIP, at least in the beginning. Such an expectation would have been based on the fact that the NIP Leader, Hon. Philip Goldson, was a bona fide national hero, and had been such for more than two decades. The NIP, moreover, was officially “Her Majesty’s Loyal Opposition.” Mr. Goldson owned the only Opposition seat (Albert) in the House of Representatives. I would say at least 70 percent of the support for the new UDP came from people who had been NIP in their thinking.

In fact, however, the new UDP was firmly controlled between 1973 and 1979 by the PDM Leader, Hon. Dean Lindo, and perhaps even more inexplicable, when the UDP finally came to power in 1984, its two highest ranking leaders, Prime Minister Manuel Esquivel and Deputy Prime Minister Curl Thompson, had been founders of the Liberal Party in 1972, the Liberal Party being a party which enjoyed merchant financing but was absolutely lacking in street support at the time of the UDP founding in 1973.

In discussing the history of Creole leadership in the second half of the twentieth century in our recent columns, what we have been seeking to do is give you some history which will help you to understand why we have been seeing this contradictory socio-political situation in Belize where the Belize Cabinet is dominated by high-flying Creole Ministers, even while the dwindling Creole community is being devastated by gang violence, HIV/AIDS infections, teenage pregnancies, raging unemployment, and everything depressing you may care to think about.

At the time when Philip Goldson gave up on the UDP and organized what could be described as a new version of the NIP, the National Alliance for Belizean Rights (NABR), in 1991, the issue was supposed to be the Maritime Areas Act (MAA). In retrospect, we can speculate that by 1991 Mr. Goldson had realized that the people, his Creole people, had been betrayed.

Listen here, Dean Lindo so dominated the UDP between 1973 and 1979 that for the life of me I can’t remember who was the UDP’s Deputy Leader during that period. When Mr. Goldson returned to Belize from legal studies in England in 1974, he was given the meaningless post of UDP Party Whip.

Dean Lindo lost the 1979 general election in large part because he was undermined by the same Liberal Party he had cut a deal with in 1973. There was some poetic Mephistophelian justice there. The PUP “Urinator” propaganda series which focused on Lindo’s binge drinking, must have had an effect on ranking personalities in the UDP (read Liberal Party), because when the PUP Jim Jones propaganda began to target Lindo’s lucrative 1970s fund-raising activities in the California area early in 1979, there were people in the UDP (read Liberal Party) who, totally confident of a UDP victory in the upcoming general election, began to suggest that Lindo didn’t have to be the UDP Leader, which is to say, the new Premier. There was talk about Ken Tillett, who was squeaky clean, and the name of Belize City Mayor, Paul Rodriguez, was also floated as a trial balloon. (Rodriguez was yet another Liberal Party founder who had been given a powerful position in the UDP: he was Belize City Mayor from 1974 to 1980.)

Lindo possibly overreacted to the conspiracy by drawing those loyal to him closer, and isolating those he considered suspicious. It appeared that Lindo controlled most of the campaign funding, so he used that control to protect his power. Cracks in UDP unity began to take place, beneath the surface. Few Belizeans were conscious that the UDP entered the 1979 general election a divided party. A personal feud between Lindo and the Liberal Party’s Nestor “Net” Vasquez, Sr., had begun to fester. At the time, Vasquez was the chief accountant for the Santiago Castillo business empire, which was still the leading business empire in Belize.

Dangriga’s Dr. Ted Aranda became UDP Leader after the party’s 1979 general election defeat, because three of the five UDP House seats were controlled by the Toledo and Stann Creek Districts (Charles Wagner and Basilio Ah in Toledo; Aranda in Stann Creek) and only two by Belize City (Goldson in Albert; Curl Thompson in Mesopotamia).

Aranda’s leadership was not supported by the UDP financiers, and so he exited or was forced out late in 1982. In the leadership convention to choose a new UDP Leader in January of 1983, Manuel Esquivel defeated Dean Lindo and Philip Goldson. The Liberal Party was now in charge of the Opposition.

I’m not sure precisely what “liberal” means in the context of political philosophy, but I have a good idea nowadays of what “neoliberal” means in that said context. UDP government policies under Esquivel and Thompson between 1984 and 1989 might be considered basically neoliberal, and what I mean is that they opened up Belize to big time foreign capital, sold Belize passports all over the world, alienated huge chunks of Belizean real estate, and thereby created a false atmosphere of economic growth, 8 and 9 percent each year, which enriched the party elite but, in retrospect, condemned the Creole masses to today’s desperation status.

It was during the first UDP term of office that our marijuana fields were destroyed with paraquat – a poisonous chemical, crack cocaine entered our streets, and the culture of gang violence based on Crips and Bloods was introduced.

I’m sure the UDP did not have bad intentions for the Creole masses, but here we are in 2019, and the UDP, having returned to office for three consecutive terms, is presiding over a holocaust of black youth. Straight like that.

Feature photo: An accountant, Manuel Esquivel loyalist, and one of the founders of the Liberal Party in 1972, Nestor “Net” Vasquez has been a deadly force operating in Belize’s politics for almost five decades. The unique thing about the octogenarian and still active Mr. Vasquez is that, politically, he always works underneath radar visibility.