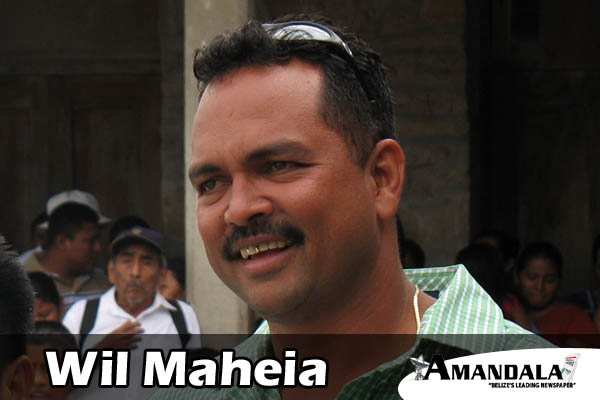 BELIZE CITY, Wed. Apr. 4, 2019– In the early hours of Monday morning, there was an incident on the Sarstoon River involving a a group of Belize Territorial Volunteers on a boat who were being harassed by members of the Guatemalan Armed Forces (GAF), who were traveling on two boats. The entire episode unfolded in front of Belize’s Forward Operating Base (FOB) and was witnessed by Belize Coast Guard and Belize Defence Force personnel stationed at the FOB.

The GAF wanted to prevent nationalist Wil Maheia and the Belize Territorial Volunteers from circling the Sarstoon Island. Maheia and his crew eventually made it around the island, with the assistance of the BDF and Coast Guard.

Following the incident, Maheia had high praise for the conduct of Belize’s men in uniform who stand guard over Belize’s territorial integrity in that far-flung border post.

Today, Amandala asked the Chief Executive Officer in the Ministry of Foreign Affairs, Pat Andrews, if the government is aware of what had transpired on the Sarstoon River.

Andrews replied that the government is aware of the incident.

“We heard about that incident and have seen the report. The government will be lodging a protest note,” Andrews informed us.

We asked Andrews where the protest note would be sent.

“We will be sending it to the Guatemalan Ministry of Foreign Affairs, as we normally do, and copy it to the Organization of American States (OAS),” Andrews confirmed.

We asked Andrews if they would also send the protest note to the Government of Guatemala, and if it would be sent to any other organ of the United Nations.

He told us that they would not send it to any entities other than the ones he mentioned.

Since the GAF started behaving aggressively toward Belizeans traversing the Sarstoon River; the Government of Belize has not really stepped up to the plate and defended the territorial integrity of Belize in any robust manner.

A protest to the Guatemalan Ministry of Foreign Affairs, on the face of it, appears to be just “going through the motions,” which has not had any deterrent effect on the GAF on the Sarstoon River so far.

ORANGE WALK TOWN, Mon. Jan. 13, 2020-- The tomb in which Emil Escalante, 27, was buried was vandalized and his coffin was removed and...
Read more
General