Home Highlights Gian Ghandi on the New York Convention on the Recognition and Enforcement...
Highlights 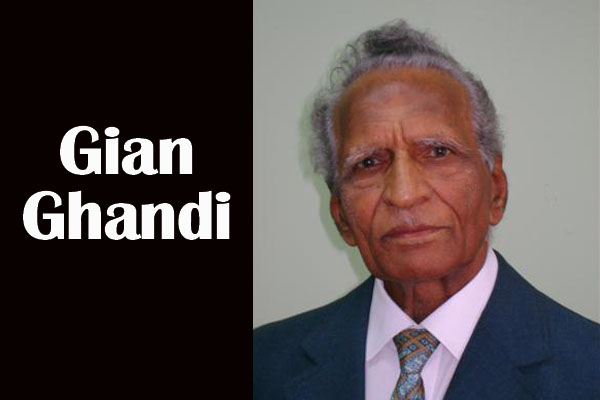 Legal Counsel for the Government of Belize, Gian Ghandi, told Amandala today that Government should either seek to accede to the New York Convention on the Recognition and Enforcement of Foreign Arbitral Awards, if Senate approves, or remove Part IV of the Arbitration Act of Belize, because of confusion that surrounds the legislation.

The Caribbean Court of Justice (CCJ) ruled last Friday—in the case of the US$44 million arbitration award granted by the London Court of International Arbitration (LCIA) to BCB Holdings and the Belize Bank against the Government of Belize—that although Parliament passed provisions in the Arbitration Act to enforce arbitration awards under the Convention, even before the Convention was signed, there was no breach of separation of legislative and executive powers, in the CCJ’s view.

“By passing the Act, parliament was legislating the way in which foreign awards would be recognized and enforced in Belize,” the CCJ noted.

Ghandi explained that in 1980, before Belize attained Independence, the British enacted the provisions in the Arbitration Act, and not until six months later did they sign the New York Convention.

However, Belize, once it became independent, did not itself accede to the Convention.

The Government of Belize contended at the CCJ hearing that the said provisions of the Arbitration Act were unconstitutional, in that it was enacted by Belize’s colonial legislature specifically for the purpose of giving effect to the New York Convention on the Recognition and Enforcement of Foreign Arbitral Awards at a time when Her Majesty had not yet accepted the Convention on behalf of Belize.

The Court of Appeal, in a 2-1 majority decision, had held the provision of the Arbitration Act to be unconstitutional.

The CCJ ruled, though, that the Act was, indeed, intra vires the authority of the legislature, which, it said, has the broad power “to make laws for the peace, order and good government of the Territory.”

Ghandi recommends that Belize should either sign the Convention or remove Part IV of the Arbitration Act to end all ambiguity.

After last Friday’s CCJ ruling, Senior Counsel Eamon Courtenay, who represented BCB Holdings and Belize Bank in the case, told journalists that although the CCJ declined to enforce the US$44 mil arbitration award won by his clients, the CCJ’s restoration of Part IV of the Arbitration Act gave assurances to his clients for the enforcement of future awards to them in pending arbitration.

Ghandi said that the British made the law for Belize simply to effect domestic enforcement of arbitration awards; however, since Belize is not party to the New York Convention, its nationals could not seek enforcement of awards under the Convention outside Belize – if that were to ever be pursued.

During court proceedings it was noted that in 1982, then Prime Minister George Price had written a letter to the United Nations saying that Belize would, on basis of reciprocity, extend all Conventions that the British had applied to Belize before Independence. However, no further action was taken on the New York Convention, Ghandi noted.

Ghandi agreed with Courtenay that the CCJ ruling means that, because Part IV of the Arbitration Act—which was declared unconstitutional by the Belize Court of Appeal—was restored by the CCJ, should the Ashcroft group win a future arbitration award, they may seek enforcement in Belize. However, under the current framework, Belize wouldn’t be able to seek enforcement of arbitration awards outside its borders, if the situation were ever to be reversed.