The gunman’s target ran into Hinds’ yard, and the shooter continued firing, hitting both men 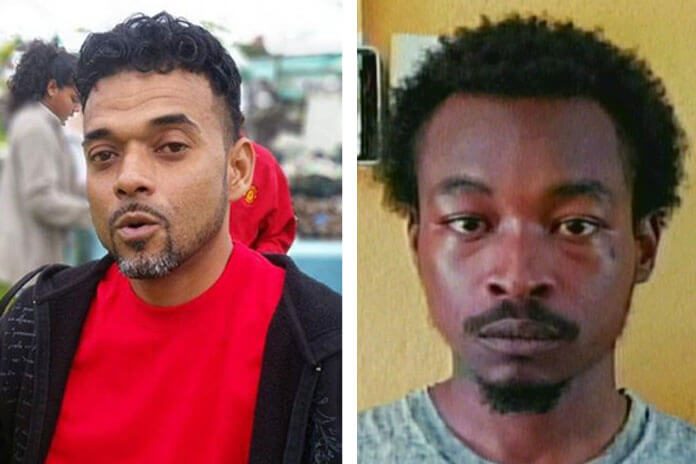 PUNTA GORDA, Toledo District, Mon. Dec. 9, 2019– Two men were shot at about 10:00 last night in Punta Gorda. One was hit and died almost immediately, and the other is fighting for his life in the Southern Regional Hospital.

Glenford Hinds, Jr., 36, of West Street, was shot in the lower back and armpit by stray shots fired at Albert Valentine, 25, a laborer of Punta Gorda who was walking on the street in front of Hinds’ yard. Valentine was struck in the back and arm.

Both Hinds and Valentine were rushed to the Punta Gorda Community Hospital, but Hinds was declared dead on arrival, while Valentine was given initial treatment to stabilize him, and he then was rushed to the Southern Regional Hospital for further treatment.

The scene was processed, and 5 expended 9mm shells were recovered.

It is believed that Albert Valentine was the target and Hinds was the innocent bystander. Police have detained one man in their investigation of the shooting.

Police said that at about 10:00 last night, Hinds was standing in his yard on West Street and Valentine was walking on the street in front of the yard when a man rode up on a bicycle and fired at him.

Valentine ran into Hinds’ yard, but the gunman continued shooting and the bullets struck both Hinds and Valentine.

Valentine is no stranger to police. He was the main suspect in the murder of Antonio Rodriguez, 64, a taxi driver of Punta Gorda, who was found stabbed to death near his cab in the Joe Tella Bridge area in Punta Gorda in 2015. Police then charged Valentine with murder.

After spending 2 years on remand, Valentine was acquitted of the murder of Antonio Rodriguez in the Southern Session of the Supreme Court in November 2017 by Justice Dennis Hanomansingh in a trial without jury.

The prosecutor in the case, Senior Crown Counsel Christelle Wilson, had relied on a caution statement given by Valentine to the police, but it was not allowed to be entered into evidence because Valentine told the court that he had given the statement because he was beaten by police.

Without the statement, the case fell apart and he was acquitted.