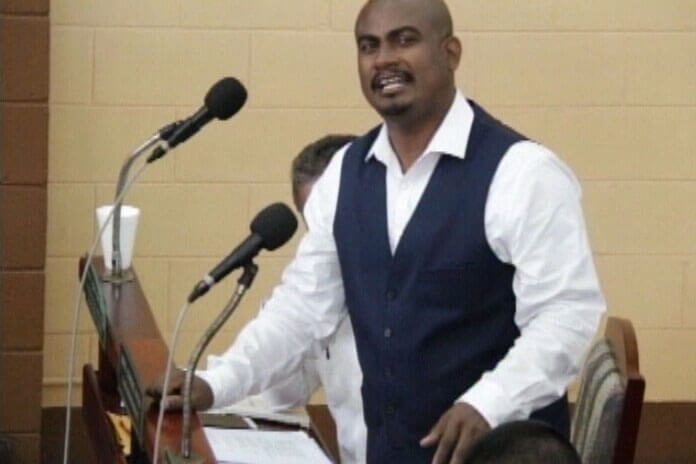 BELIZE CITY, Thurs. Dec. 5, 2019– At a special sitting of the House of Representatives yesterday, Wednesday, government introduced and passed through the House a new piece of legislation called the Supplies Control Amendment Bill that the government says has been crafted to control the predatory pricing of butane gas ahead of the National Gas Company, which will come on-stream next year.

The importation of butane is controlled by a handful of companies that are reportedly owned by one Mexican family.

The Supplies Control Amendment Bill is a strange law that members of the Opposition People’s United Party (PUP) roundly criticized when the bill was debated.

“Why? Capitalists are rational and that doesn’t seem rational. The whole idea is to drive all the local retailers out of business. When we met with those 25 retailers, some of them were next to tears. The predatory pricing have been in effect for maybe a week or so already, and there were people saying, we have our loyal customers, but they can’t fool with us, because we have not been able to sell one tank of gas because of what the Mexican mafia [maybe I shouldn’t say that] because of what this family monopoly is doing,” said Barrow.

Barrow added, “This bill is a kind of companion piece or an extension to an S.I. which is being passed, which will give the Supplies Control people power to seize the stock of those importers if they play the fool and not follow the law and keep threatening us about cutting us off.”

“Now what this reveals is that this government, in fact successive governments, have fallen asleep at the wheels, because if these importers/distributors/retailers can bring down the price of butane to this low, it means they could have been doing it for many years. It means that the ordinary people of this country have been fleeced, have been shafted.”

Hon. Kareem Musa, area representative for Caribbean Shores, said, “I believe, Madam Speaker, that this particular Act is a direct assault on the vast majority of poor and middle class Belizeans, because they are the consumers of butane, and even if it is only for a temporary, short period of time that the distributors in the city and in the country are providing this low price of butane, why are we attacking poor people especially at this time of the year?”

“This is madness, Madam Speaker, especially during these Christmas times; everyone will do a lot of cooking, a lot of baking, and yet, the government would not allow the competition to reduce the price. It really makes absolutely no sense.”