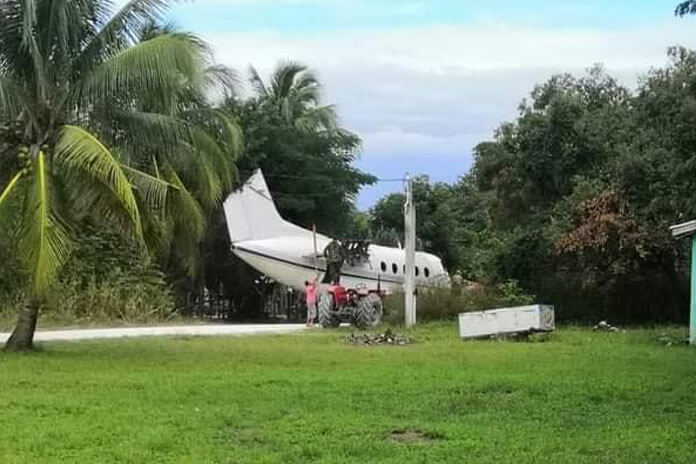 CARMELITA VILLAGE, Orange Walk District, Sat. Nov. 27, 2021 — On Saturday, November 27, there were false reports of a narco plane landing in southern Orange Walk. While it has been confirmed that the aircraft that was spotted was formerly a narco jet, it has been reported that the plane had been confiscated and decommissioned by the Government of Belize almost two years ago, and was later sold by GoB.

Back in January 2020, a narco jet had crash-landed in the vicinity of Crooked Tree Village and Carmelita. The government reportedly spent thousands of dollars trying to repair the Gulfstream G2 jet and transfer it from that location. A considerable amount of money had reportedly been spent to pay guards who had been stationed at the site to secure the aircraft.

The extremely soft soil at the location reportedly made it difficult for the Government to extract the jet. After nearly 2 years, the Government of Belize has decided to sell it in its current condition to a Belmopan businessman. This businessman ordered his employees to remove useful scraps from the aircraft.