GOB gets urgent injunction to protect foreign reserves from Ashcroft 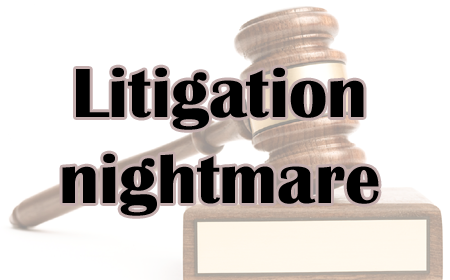 BELIZE CITY, Fri. Feb. 3, 2017–This afternoon, government attorney Denys Barrow, SC, rushed to the Supreme Court of Justice Michelle Arana to present arguments for why the court should grant the government an urgent injunction against two Ashcroft alliance companies that had secured an arbitration award in US courts against the government for US$50 million.

In an effort to insulate the country’s foreign reserves (reportedly around US $377 million) from the predatory maneuvers of Lord Michael Ashcroft, the government recently rushed legislation through parliament in the form of two new laws, “The Central Bank of Belize International Immunities Act and the Crown Proceedings Amendment Act.” The constitutionality of the new laws, however, are said to be up for challenge from Ashcroft which will likely trigger a new round of litigation against the state by the relentless British billionaire.

The injunction that the government secured today comes days before attorneys in the U.S. return to court to seek enforcement of the arbitration award against GOB. Today’s legal maneuver is designed to stop Ashcroft’s US attorney from seeking enforcement by the US court.

After securing the injunction, Barrow told reporters that he came to court today, “because there are proceedings in the United States by Belize Bank and BCB Holdings Ltd. in which they are moving for an order from the Unites States court to proceed with enforcement of the judgment that they have obtained against GOB, and that order, we are told, could be made as early as 7th February.”

Barrow said the question now is whether or not the Belize Bank and BCB Holdings will follow the law and accept the order of the Belize Supreme Court.

Earlier during the week, the government had sought to move the Caribbean Court of Justice on the matter, but in a hearing of the full court, the CCJ referred the matter back to the Supreme Court of Belize, saying that there was no appeal presently before the court.

In a release from the CCJ, the court said on Wednesday, “The Court convened its full seven-member Bench and…. unanimously decided that, having already issued a final judgment in these proceedings on July 26, 2013, it had no jurisdiction to grant injunctive relief in the absence of a pending appeal before the Court.”