Government agrees to a $200,000 settlement for Crooked Tree boat accident 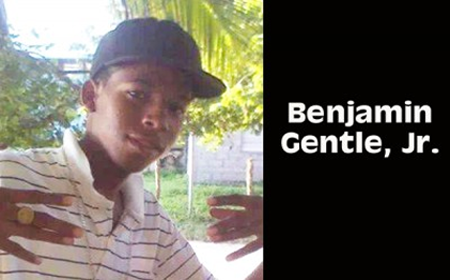 BELIZE CITY, Fri. Jan. 30, 2015–Exactly one year after a terrible collision between two Belize Coast Guard boats in the Crooked Tree Lagoon claimed the life of a promising young man, the government has agreed to a $200,000 settlement in a wrongful death suit, attorney Kareem Musa confirmed to Amandala yesterday, Thursday.

Government has agreed to settle the claim brought by the father of Benjamin Jerome Gentle, 20, the student who lost his life when the two Coast Guard vessels collided on January 31, while ferrying villagers, due to the flooding of the Crooked Tree Causeway.

“While we must commend the efforts of the Coast Guard in attending to the residents of Crooked Tree during the flood, the fact remains that one of the boat captains was negligent and this was a loss that could have been avoided,” Musa added, saying, “This accident was a truly unfortunate and tragic end to the life of a very promising young man.”

At the time of the accident, the Coast Guard, speaking through Lieutenant Commander Elton Bennett, had said that as the two boats neared each other there was a mechanical malfunction that caused the collision.

Gentle’s father had filed a claim against the captain of one of the two boats, Whain Williams, who was named as the 1st defendant. The Minister of National Security and the Attorney General were named as the second and third defendants in the claim.

Williams was the captain of a 38-foot Columbian boat registered to the Belize Coast Guard. In the accident, it was Williams’ boat that collided into the smaller boat, Mi Sarit.

A total of 9 passengers in Mi Sarita sustained injuries of varying degrees. Gentle sustained massive cuts from the boat propeller and died on the spot.

In September 2014, Williams was criminally charged with the indictable offense of manslaughter by negligence. He was not charged in relation to any of the other passengers who were injured as a result of the accident.

Williams’ case is still pending before the court and has not yet reached the preliminary inquiry stage, at which point it will be determined whether there is sufficient evidence to form a prima facie case against him to which he would have to answer at the Supreme Court.