“Our position is unbending,” said PM Barrow of his increment proposal to the PSU and NTUCB 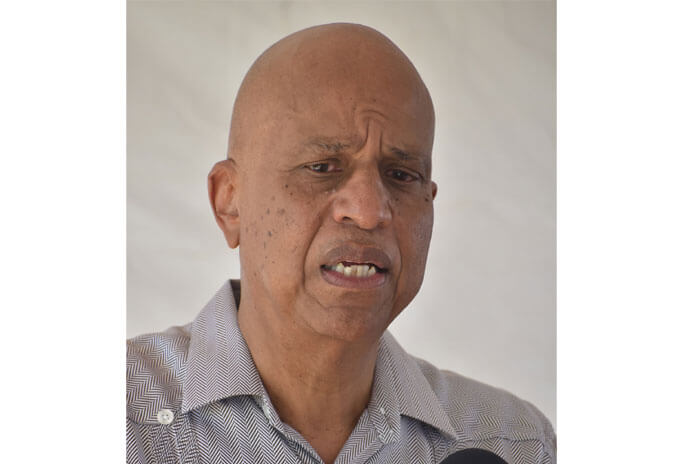 BELIZE CITY, Thurs. May 14, 2020– Prime Minister Dean Barrow, whose administration has been at odds with the public service unions over government’s proposal to freeze increments for two fiscal years, 2020-2021, announced today that the government’s proposal has been accepted by one of the three unions, the Association of Public Service Senior Managers (APSSM).

Following their meeting yesterday in Belmopan, the Public Service Union (PSU) and the Belize National Teachers Union (BNTU) emerged from the meeting indicating that they wanted to amend the wording of the agreement government had put forward to end the impasse over increments and retirement packages. (This is a cost-saving measure that government wants to put into effect because of the huge costs caused by the fight against COVID-19 as well as the drastic reduction in government revenue due to the pandemic.)

Today, during his virtual press conference, Barrow said that he had been under the impression that the two unions were in agreement with the proposal government had drafted at the meeting.

“We had, I thought, reached agreement subject to the ratification by the union’s members,” Barrow said.

The Financial Secretary had drafted the agreement on the basis of the verbal discussions and had sent it to the unions, Barrow said, but he said, in reference to correspondence he received from the union this morning: “I got a letter from the BNTU president speaking on behalf of the PSU, and that response asked for some critical words to be changed.”

Barrow added that such changes would greatly alter the spirit of the agreement and at this time, they are therefore not acceptable to the government.

“The Financial Secretary is in the process of writing back to the two unions”, Barrow said.

“So, we will return back to square one, unless they accept in essence the language that was orally agreed yesterday. We will see how that goes, but it cannot be that we continue to haggle over the sacrifice we are asking of the two unions; APSSM has already agreed,” said Barrow.

Barrow said that the bigger picture is that their substantive salaries and jobs are being pretty much guaranteed, notwithstanding the government’s revenue collapse.

“In the private sector, no class of workers has been so exempt. What we are asking the PSU and the BNTU is reasonable, too reasonable,” he said.

Barrow ended his comments on the union by reiterating that government’s position is unbending.