Home Highlights Governor Burns' support of trade unionism in B. H. in 1943
Highlights

Governor Burns’ support of trade unionism in B. H. in 1943 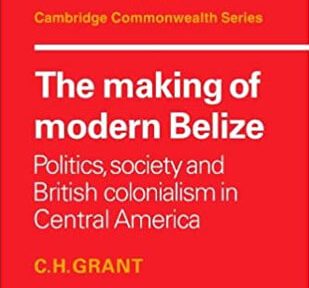 The widespread tendency to see the poor industrial conditions in British Honduras as a conflict situation between the local businessmen and wage-laboring element rather than primarily between Belize, as a colony, and the foreign-owned companies, was reinforced by the intervention by the colonial government to secure labour reforms in conformity with the recommendations of the West Indian Royal Commission. Trade unions were legalized in Belize in 1941 only when this was made a condition of the Colonial and Development and Welfare Fund. The colonial government exerted considerable pressure before the local forestry interest agreed to the repeal in 1943 of the Masters and Servants Ordinance of 1883 and the Fraudulent Labourers Ordinance of 1922.

In insisting on the repeal, Governor Sir Alan Burns stated in 1943, “As long as we have on our Statute Book these penal clauses (which, I must say, shocked me when I first came to the Colony), we cannot hold up our heads and say we are an enlightened community. There may not yet have been sufficient development of the trade union movement in this country to enable the workers to put their case forward in a dispute that might arise in a constitutional and orderly manner, but I see no reason to suppose that, because trade unions have not yet developed, they will not develop very quickly hereafter. The trade union ordinance has not been long on our Statute Book (1941), and, if you remove these penal clauses which go so far to nullify the provisions of that ordinance, the trade unions will surely come into being. I want it so, because I find it a very great difficulty in this Colony, that there is no real representative of labour from the ranks of the working classes, with whom I can discuss the conditions of the workers in this Colony.”