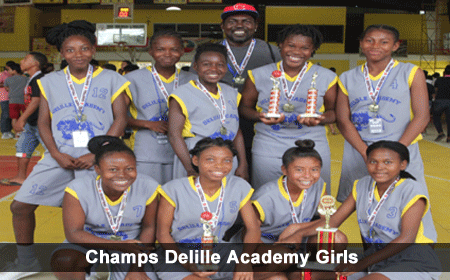 SAN IGNACIO, Sat. Dec. 16, 2017–Stann Creek Ecumenical boys and Delille Academy girls both emerged as champions in the National Secondary Schools Sports Association (NSSSA) Basketball Championships, sponsored by SOL Belize Limited and Crystal Water, and hosted by Mopan Technical High School at the Sacred Heart College auditorium in San Ignacio over the weekend. The tournament, matching the four zone champions, male and female, in a simple knockout format, had first round losers then playing for third place, and first round winners meeting for the championship.

The championship game between Ecumenical and Belmopan Comprehensive was also one sided, leading many to suspect that the teams were poorly seeded in the first round, which saw the two power-houses, Ecumenical and Sadie Vernon facing each other. In the final, Ecumenical easily disposed of Compre, 56-34, with Kevon Laurie leading the scoring with 21 pts for Ecumenical. 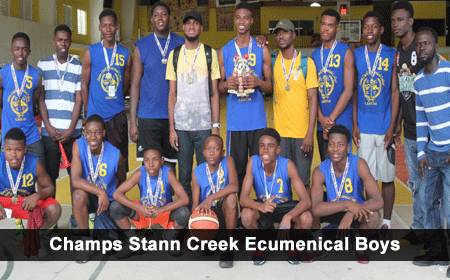 Girls
The seeding problem was the same in the female category of the tournament.

And in game 4 for the championship on Saturday afternoon, the Delille girls ran over the Sacred Heart girls, 42-16, with Shanelle Thomas leading the way with 17 pts.

Trophies, medals and awards
In the awards ceremony following the championship games, team trophies and individual medals were issued to the 1st, 2nd and 3rd place teams, as well as individual awards as follows: 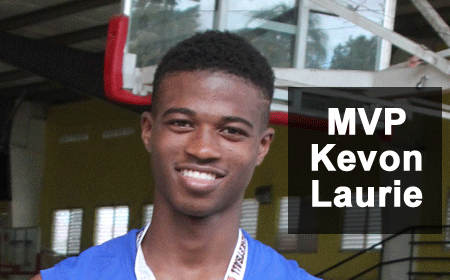 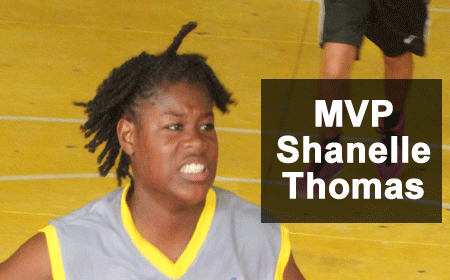