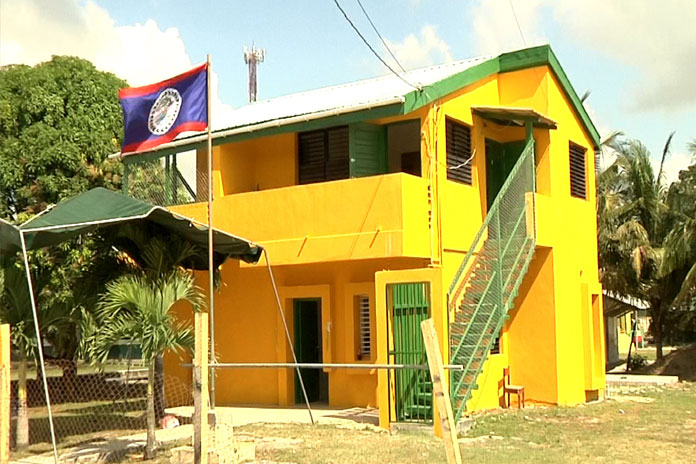 GUINEA GRASS, Orange Walk District, Tues. Feb. 25, 2020– Guinea Grass, one of the largest villages in Orange Walk District, did not have a police station and villagers who needed the help of police had to travel to the Orange Walk Town Police Station to make reports and for other necessary police services, and, in many cases, they faced a number of difficulties in doing so.

The village now has a new police station, which will be manned by no less than two policemen. The Guinea Grass Police Substation was officially opened on Friday afternoon. The ribbon-cutting to mark the opening of the new police station was done by Commissioner of Police Chester Williams, and Minister of Police, Elodio Aragon, Jr. 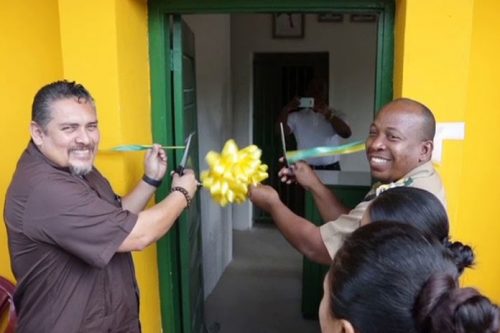 In his address to the attendees, Commissioner Williams said that the inconvenience for Guinea Grass villagers of having to travel to Orange Walk police to make reports and to request other police services has now come to an end. The station is self-sufficient, he said, and one of the two policemen stationed there will be a corporal.

Motorcycles have been issued to the two policemen posted to the new station.