House of man, detained for gun possession, burns down 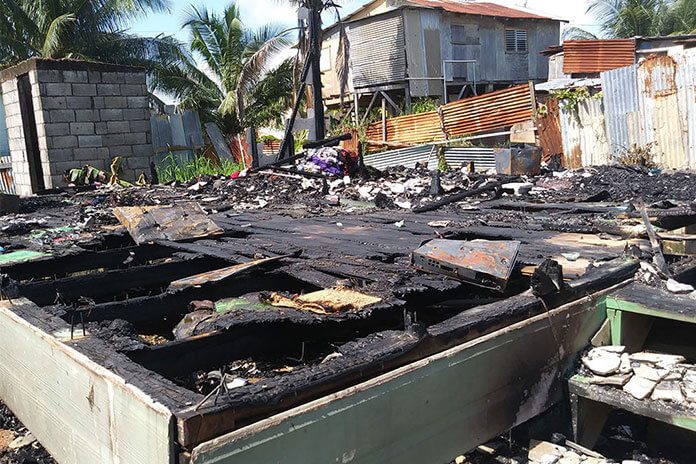 Bruce Reneau, 26, a laborer of Iguana Street, got more bad news today, while he was in police custody pending charges for firearm possession.

At about 6:30 this evening, Reneau became homeless after a fire destroyed his house, along with all his possessions. No one was at home at the time of the fire.

Police said that at about 10:00 this morning, they searched Bruce Reneau’s home and yard and found a .38 Special revolver, and the firearm was loaded with three live .38 Special rounds. At the time of the search, Reneau and another person was at his house, and they, along with the firearm, were taken to the police station and detained, pending charges of keeping a firearm and ammunition without a gun license.

While in custody, Reneau’s house caught fire, and the house and its household furnishings, as well as his personal belongings, were completely destroyed.

The National Fire Service has begun an investigation to try to ascertain the cause of the fire.