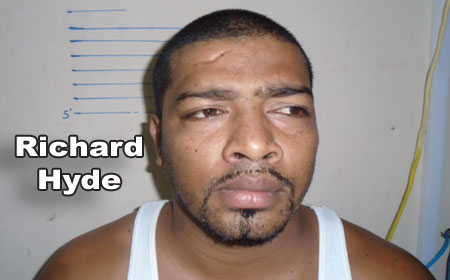 BELMOPAN, Thurs. July 21, 2016–Five days after three impostor policemen held up and robbed the Belmopan Income Tax Office located on Trinity Boulevard and got away with about $29,000, along with the gun of the policeman who was on duty in the office and personal belongings of the clerks, Superintendent Howell Gillett, Commander of Belmopan Police, and his investigators, have wrapped up the case.

Three men and a woman, who was accused of being the get-away driver, were arrested, charged and taken to the Belmopan Magistrate’s Court this afternoon.
They were remanded to the Belize Central Prison until Friday, September 16. 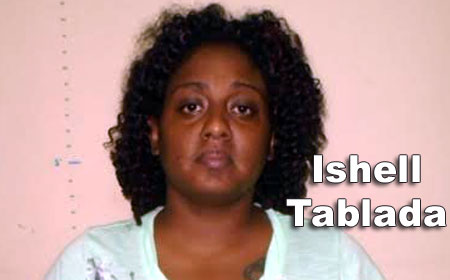 The accused are Devon Brooks, 23, of Cotton Tree; David Cruz, 21, of Roaring Creek; and Richard Hyde, 32, also of Roaring Creek; and Ishelle Tablada of Belmopan. They were all charged with robbery, conspiracy to commit robbery, possession of an unlicensed firearm, 2 counts of keeping ammunition without a license, and handling stolen goods.

The incident occurred at about 4:30 Friday evening in the Income Tax Office in Belmopan. The cashier in the office told police that she and other clerks were working in the office when three men entered the building, two of whom were dressed in camouflage clothing resembling those worn by police units, giving the appearance that they were policemen.

The policeman who was on duty in the office thought they were police officers coming to the office to do checks, and he opened the door for them to enter.

Police say that as soon as the men entered into the office, one of them quickly overpowered the officer and beat him in the head, causing him to fall to the floor. The thieves then duct-taped the policeman’s hands, mouth, and feet and put him on the floor. 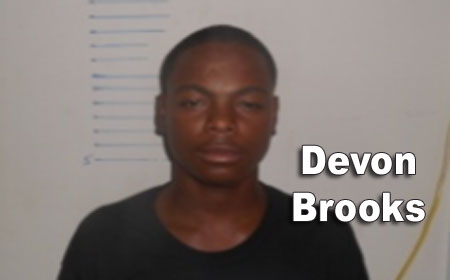 The cashier said that the two impostor officers pointed their guns at them, and they tied her up along with the clerks and their mouths were taped and they were made to lie on the floor.

One of the gunmen then went to the cashier’s section and stole over $29,000, which was collected at the office for the day. One of the robbers then stole her purse, $400 in cash and her social security card.

The thieves also stole a purse from one of her coworkers and her social security card.  They then stole the police officer’s .38 revolver, which contained (5) .38 live rounds, and his police-issued cap. They then escaped out of the office and drove away in a getaway SUV, a Toyota 4Runner.

Police told Amandala that they immediately checked camera footage in the area and got an idea who the fake cops were.

On Saturday, they went to San Ignacio, where they conducted investigations and arrested David Cruz. They then went to Roaring Creek, where they arrested Devon Brooks and Richard Hyde. 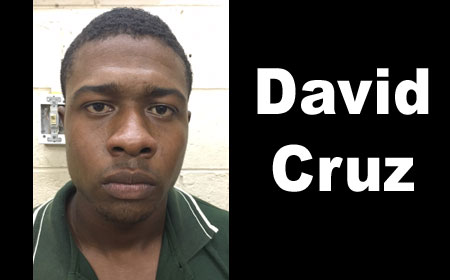 Also in Roaring Creek, the investigators went to the Another World area, where they searched for and found the revolver that was stolen from the policeman, which was loaded with 4 live .38 special rounds. They also found a 9mm pistol that was loaded with 13 live rounds, which police said was used in the robbery of the Income Tax Office.

Police reported that further investigation led them to the getaway vehicle and its address. They went to Tablada’s home in Belmopan, where they found the 4Runner. Tablada was arrested and the vehicle was impounded.

Inspector Santiago Patt, the Deputy Commander of Belmopan Police, said that they also recovered $1,000 of the stolen money, and they are searching for the rest of the money.

He said that the arrest of the four persons went smoothly.