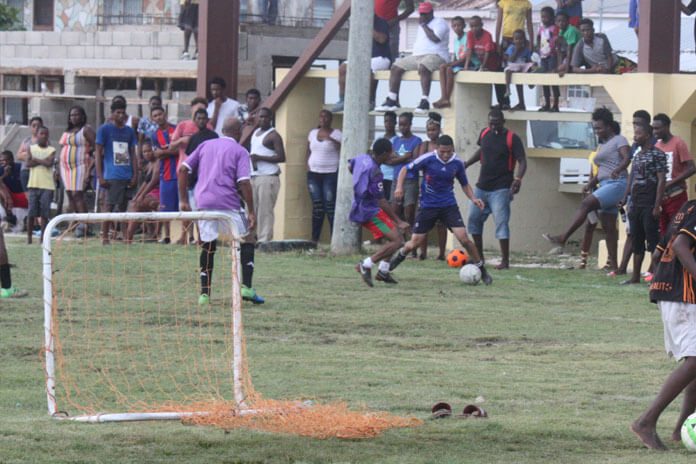 Six teams competed in the Mayor’s 5-A-Side tournament, which kicked off on October 10, 2019, with games being played on Sunday afternoons at the Yabra Field.

The top 4 teams then entered the knockout playoffs, where #1 Honduras defeated #4 Flowers FC; and #3 Intrepid got the better of #2 Silent Assassins.

In yesterday’s 3rd place game, Flowers FC was victorious over Silent Assassins. And in the championship final, Intrepid captain Delroy “Tin Man” Flowers was the Player of the Day, netting 3 goals, including 2 penalties and a three-quarter field shocker that gave his team the lead, which they never relinquished. Brian Martinez scored 2, and Albert “Allie” Thurton got the other for Intrepid. Goal scorers for Honduras were Steven “Breds” Baizar with 2, Francisco Briceño also with 2, and the other by Quincy Briceño. 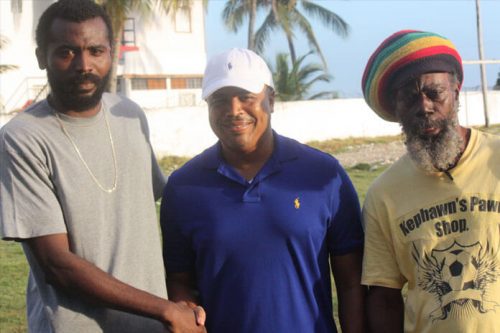 The Most Goals title was also decided yesterday, as Shawn Young of Silent Assassins led with 25 goals, until Intrepid captain Delroy “Tin Man” Andrews’ hat trick raised his total to 26 goals for the Most Goals title. Tin Man was also named MVP of the tournament.

Feature photo: Yabra football fans, up close to second half action in championship game between Honduras FC and Intrepid FC