Irregularities reported in final deal between FirstCaribbean and workers 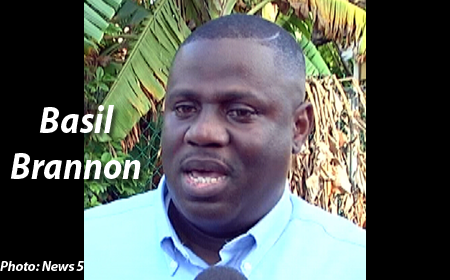 BELIZE CITY, Wed. Jan. 27, 2016–The road to a settlement agreement between CIBC First Caribbean and the Christian Workers Union, which represents a majority of staff, has been a rocky one, and Amandala is reliably informed that as the bank prepares to shut down its offices in Belize tomorrow, Friday, the deal has been signed—but, reports say, with major irregularities that have some workers feeling jilted in the process.

Information to Amandala is that CWU vice president Basil Brannon signed the deal last Friday, January 22, after he was reportedly misled into thinking that union president, Audrey Matura-Shepherd, who was on leave until last Friday, had agreed for him to sign on her behalf.

When we contacted Brannon today to discuss the matter with him, we were advised that he was not available and he did not return our call.

Last week, we reported to you that FirstCaribbean workers had been paid a 2% salary increase for 2014 and 2015, after the chief staff reps who liaise with the CWU brokered a compromise deal with management. While there are questions about whether the staffers had a solid imprimatur from their coworkers to seal the deal, we know that there had been frustration among workers with the negotiations, which had been suspended after workers took to the picket line last October.

Last week, a union source had expressed as much, saying that they had to bring things to a closure, given the bank’s impending departure this week.

Matura-Shepherd called a meeting of unionized FirstCaribbean workers yesterday evening – and that, we understand, is when she got wind of last Friday’s signing.

Matura-Shepherd told us that she has also written the bank on the matter and she is awaiting its reply.

We were also told that Labour Commissioner Ivan Williams was present at the signing, although there are questions as to whether he could properly witness the signing, having served as mediator in the negotiations between the parties.

Amandala tried to reach Williams for comment, but our attempts proved futile.

Matura-Shepherd told us that she would not have signed without first going back to the members and explaining the terms of the agreement, which, she said, had not yet been done.

She told us today that the CWU is disassociating itself from the agreement signed last Friday.